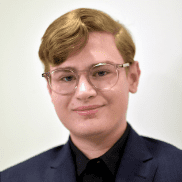 More than a decade ago, the Weizmann Institute saw the disparity between the number of women and men pursuing scientific careers and launched a series of initiatives in order to close the gap between male and female scientists in the highest ranks of academia.

One such initiative, the Israel National Postdoctoral Award Program for Advancing Women in Science, is a fully donor-supported fellowship program that supports women scientists as they pursue postdoctoral research abroad, which is generally expected, if not always required, for tenure-track appointments by  institutions of higher learning. The Weizmann Institute provides financial support in addition to the postdoctoral salary already secured by the candidate, helping to enable their postdoctoral training at leading international laboratories.

Since it’s inception, 116 women have participated in the program, the impact of which is best measured by the percentage of recipients who have gone on to attain faculty-track positions: 65%.

A decade ago, women comprised only 14% of the Weizmann Institute’s active faculty; today, the figure stands at 18%. In 2018 alone, five of the thirteen new hires were women—an unprecedented percentage.

In Canada, there is positive growth as well, with 30 per cent more women working as full professors compared to seven years ago. But for women to advance to senior roles, they need to overcome systemic, often unconscious biases that permeate the academy, from classrooms to hiring committees. Continuing to support these scientists as they break gender barriers is of paramount importance.

The ultimate aim of the Weizmann Institute is to benefit the global scientific community, and increase Israeli science’s positive impact on the world, by expanding the pool of women qualified to be hired by universities at the faculty level.