Montreal (August 12, 2020) - Weizmann Canada has announced that Stephen Bear and Zachary Schwartz have been elected to its Board of Directors.

Both bring significant philanthropic experience, with Stephen Bear serving on numerous boards including the Princess Margaret Cancer Foundation and Street Kids International, among others.

Zachary Schwartz is co-chair of the Weizmann League (young professionals’ group) and has served on the CAMH Young Professionals Board and as chair on the Upper Canada College Young Alumni Network.

“Stephen and Zachary bring a diverse mix of philanthropic and private sector experience that will be a great benefit to our board,” says Joanne Nemeroff, chair of Weizmann Canada’s nominating committee.

The entire Weizmann Canada community congratulates Stephen and Zachary and welcomes them to the leadership. With science being so important in these complex times, the new additions to the board will help Weizmann Canada continue to support and share leading science.

Stephen Bear
Stephen Bear served as a Senior Partner of McKinsey & Company until his retirement in April 2013. During his 26 years at McKinsey, Bear led the firm’s practices in Korea and Canada and served for six years as an elected member of McKinsey’s global Board of Directors. Bear has served as a board member of the Princess Margaret Cancer Foundation (including as Chair of the Board), Street Kids International, the Foreign Investment Advisory Committee to the Seoul government in Korea, and as a member of the United Way of Toronto Cabinet. He also serves on the Dean’s Advisory Board for the Rotman School of Business at the University of Toronto. Bear earned his Bachelor of Commerce degree from the University of Natal (South Africa) and an MBA from Tulane University in New Orleans.

Zachary Schwartz
Zachary (Zach) Schwartz is President of ZSC Inc. and Vice President, Client Relations, at East West Investment Management, a Private Investment Office. He previously worked at a Canadian multi-family office. Schwartz was a founding team member of a NYC-based fintech company, where he remains an advisor. Schwartz is involved with a number of charitable causes: he chaired the Upper Canada College Young Alumni Network and now sits on the Association Council as Chair of its Wellness Subcommittee; he is co-chair of the Weizmann League (young professionals’ group); and he sits on the CAMH Young Professionals board. Schwartz graduated from the University of Western Ontario, where he was a member of the Dean’s Honour List.

About Weizmann Canada
Since 1964, Weizmann Canada has partnered with individuals, families, foundations, and the business community to develop funding for the Weizmann Institute of Science; sharing the Institute’s research with the Canadian public; and promoting science literacy and educational programs across all age groups. From coast to coast, Weizmann Canada hosts parlour meetings and interactive evenings with Weizmann Institute Scientists; provides opportunities for participation in educational programs for high school students and young adults; and brings Canadians a front row seat to research that has – and will continue to – change the world. 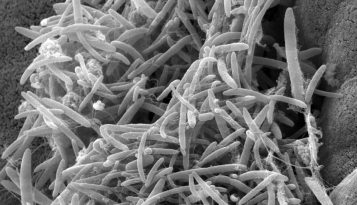 Press Release, Science Stories
Gut Microbes May Affect the Course of ALS
Researchers at the Weizmann Institute of Science have shown in mice that intestinal microbes, collectively termed the gut microbiome, may affect the course of amyotrophic lateral...
Learn More