They have been crawling the Earth for over 400 million years, and they are found everywhere but Antarctica. Solitary cannibals that have even been known to eat their young, scorpions can also go for months without a meal. Along with their stinging tails, scorpions have evolved pincers on their front legs that are sort of multipurpose tools – used for defense, getting food, digging in the ground and even mating. These invertebrates, like all of their relatives the arachnids, are covered in an exoskeleton – in the case of scorpions, one that glows in ultraviolet light. Weizmann Institute of Science researchers examined the exoskeleton that covers the scorpions’ pincers – revealing its structure on the nanometer scale up to the level of millimeters. The sophisticated arrangements that have evolved to create these pincers could inspire the creation of new materials.

Prof. Daniel Wagner of the Institute’s Materials and Interfaces Department looks at the materials that have evolved over millions of years in nature – from turtle shells to seed pods, and asks how the understanding of these can be applied to the man-made materials that go into everything from airplane wings to robots to surfboards and water-repellant clothing. Exoskeletons – the hard cuticles of these animals – are the focus of numerous studies in materials science labs. “Many of these studies in recent years have focused on the claws of crabs and lobsters,” says research student Israel Kellersztein, who led the study together with Staff Scientist Dr. Xiaomeng Sui in Wagner’s group. The cuticle of the scorpion pincer, which is built to dig as well as defend, and must protect it against all kinds of weather, has received much less attention.” 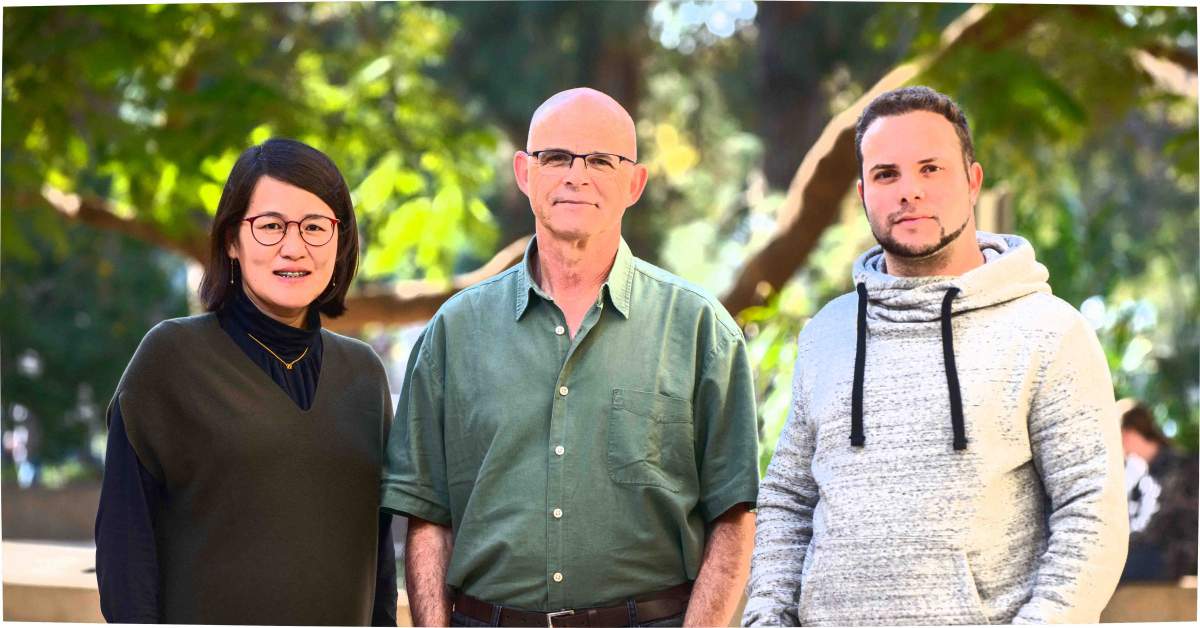 Of the 2,000 species of scorpion, only around 25 are dangerous to humans. All scorpions are built along the same lines, but they differ in one crucial way – the size and shape of their pincers. “Some scorpions have thin pincers, and these are used to hold onto prey until the scorpion can sting it with its tail; others have thick pincers that are used to crush the prey,” explains Kellersztein. “Thick pincers are good for defense – for, example, digging shelter and then blocking its entrance.” With assistance from the Israel Nature Reserves Authority and the Yeroham Hoopoe Center for Bird-Watching and Ecology, the scientists collected adult desert-living species of two types, each with different pincers: the Scorpio Maurus Palmatus, which has large pincers, and the common yellow scorpion, Buthus Occitanus Israelis, which has thinner, more delicate pincers. Is there a connection between the structure of the pincer cuticle and its function?

Thick or thin, the two-part scorpion pincers’ hard cuticle is composed of chitin fibers bound within a protein material that is hardened with metal ions. A closer look at the cuticle material revealed a hierarchical structure made of four different layers – a structure that is more complex than that of other pincers in nature, for example that of lobsters and crabs. And the second layer is subdivided into four additional layers.

“Thinner pincers are built for speed – to catch small, quickly moving prey. The thicker ones are less agile, but stronger and better for defense”
—

A thin outer layer – the epicuticle – is only a few hundred nanometers thick; this layer has no chitin and it does not contribute to the mechanical properties of the pincer. Under this is the exocuticle – which is around 20 microns thick and further divided into four sublayers in the fat pincers, and two sublayers measuring about 10 microns in the thin ones. Under this layer is one that has been lost in crabs and lobsters – thin, vertical plates called lamellae in which the chitin fibers all run in the same direction. The innermost layer, the endocuticle, has horizontal sublayers that are set atop one another at fixed angles, creating a 180-degree spiral microstructure resembling plywood. This is called a Bouligand structure (after the French mathematician who described it). In the fat pincers, these sublayers gradually thicken, while the thin pincers have alternating thick and thin sublayers.

Each of these sophisticated structural arrangements evolved for adaptation to different niches, explains Kellersztein. Thinner pincers are built for speed – to catch small, quickly moving prey. The thicker ones are less agile, but stronger and better for defense. “From the nanostructure of a single fiber to that which can be seen with the naked eye, these materials have an exquisite hierarchical structure that gives each its mechanical properties. These properties then enable the pincers to be used as different sorts of multipurpose tools.”

Next, the researchers intend to measure the mechanical properties of these cuticle structures, testing, for example, how they behave when subjected to different kinds of stress. Understanding how all the layers in this material work together and why the differences evolved may help materials scientists design synthetic materials with desired properties.

Prof. Daniel Hanoch Wagner’s research is supported by the Benoziyo Endowment Fund for the Advancement of Science; and the Helen and Martin Kimmel Center for Nanoscale Science. Prof. Wagner is the incumbent of the Livio Norzi Professorial Chair.