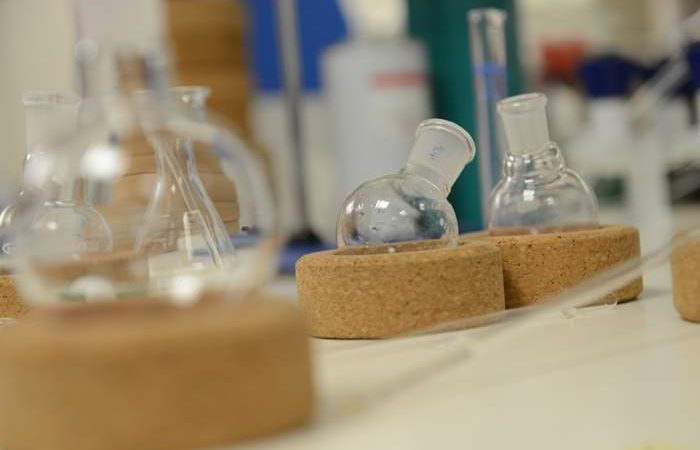 The Sherman Institute for Medicinal Chemistry will fund innovative research on compounds that hold promise for becoming therapies for a range of human diseases and disorders, including autoimmune diseases, cancer, neurodegenerative diseases and infectious diseases.

In an effort to advance basic research insights for the benefit of therapeutic discoveries, the Weizmann Institute of Science is establishing the Dr. Barry Sherman Institute for Medicinal Chemistry thanks to a major gift from the Sherman family.

The Sherman Institute for Medicinal Chemistry will fund innovative research on compounds that hold promise for becoming therapies for a range of human diseases and disorders, including autoimmune diseases, cancer, neurodegenerative diseases and infectious diseases.

Among the investigations that are expected to be undertaken at the Sherman Institute are efforts to develop new antibiotics so as to overcome the growing challenge of antibiotic resistance; harnessing plant metabolites for potential drugs, including an unprecedented method of bioengineering plants to generate L-DOPA, the leading drug for the treatment of Parkinson’s disease; and advancing a promising, effective, and inexpensive anti-malaria potential drug compound.

The Sherman Institute will be headed by Dr. Sarel Fleishman of the Department of Biomolecular Sciences.

“This visionary gift comes at an important moment, when new, sophisticated evaluation and screening tools make it possible to take promising molecules to the next level for the benefit of human health, and the Sherman Foundation is turning this possibility into a reality,” says Prof. Daniel Zajfman, President of the Weizmann Institute. “We are grateful for this partnership with the Sherman family”.

Barry Sherman was a Canadian scientist, businessman and philanthropist. He received his BSc from the University of Toronto on scholarship in engineering physics, and an MSc and PhD on scholarships in astrophysics from the Massachusetts Institute of Technology. He founded the generic pharmaceutical manufacturer Apotex in 1974 with a mission of improving access to medicines for patients worldwide. It became one of Canada’s leading generic drug companies, and provided more than $50 million in medicines to disaster zones in the last decade.

Barry and Honey Sherman were leading philanthropists in Canada, and also supported many causes in Israel. They have been supporters of the Weizmann Institute since the 1980s, where the majority of their support has been directed to research in alternative energy and biomedicine. In their memory, the foundation that bears their name continues to advance their philanthropic goals. In the last year, the Sherman Foundation has also supported postdoctoral awards for women scientists through the Weizmann Institute, and the foundation, in partnership with Apotex, has committed to supporting clinical trials on ALS in Canada.