What did you do last summer? Seems like a simple enough question. But for students from underrepresented sectors of Israeli society, the question can feel loaded. More specifically, for undergraduate students interested in pursuing a career in science, the prospect of studying at a place like the Weizmann Institute can feel improbable.

Now, a new program at the Institute’s Feinberg Graduate School brings that dream to reality for eight weeks over the summer. The Young Weizmann Scholars Diversity and Excellence Program offers high-achieving undergrads, from sectors typically underrepresented in Israeli academia, a unique opportunity to experience world-leading Weizmann research up close.

Inclusion of these often overlooked populations – Arab, Ethiopian, ultra-Orthodox – not only advances and diversifies the next generation of scientists in Israel, it also promotes diversity on campus and in Weizmann labs, thereby enriching and broadening scientific discoveries.

Last year, 17 participants were carefully selected from among 180 applicants. The winning group comprised minority students, along with some students from “peripheral” locations in the country (meaning outside of the center), and some who are the first in their family to pursue higher education at all.

Yonatan Schweiger, 32, an ultra-Orthodox married father of three, learned and taught at a yeshiva (school for Talmudic study) until the age of 28. He grew up in a closed community and was not exposed to scientific fields. His curiosity led him first to the Open University and then Ariel University, where he is now studying medicine. The Feinberg program, he says, exposed him to the world of research for the first time. 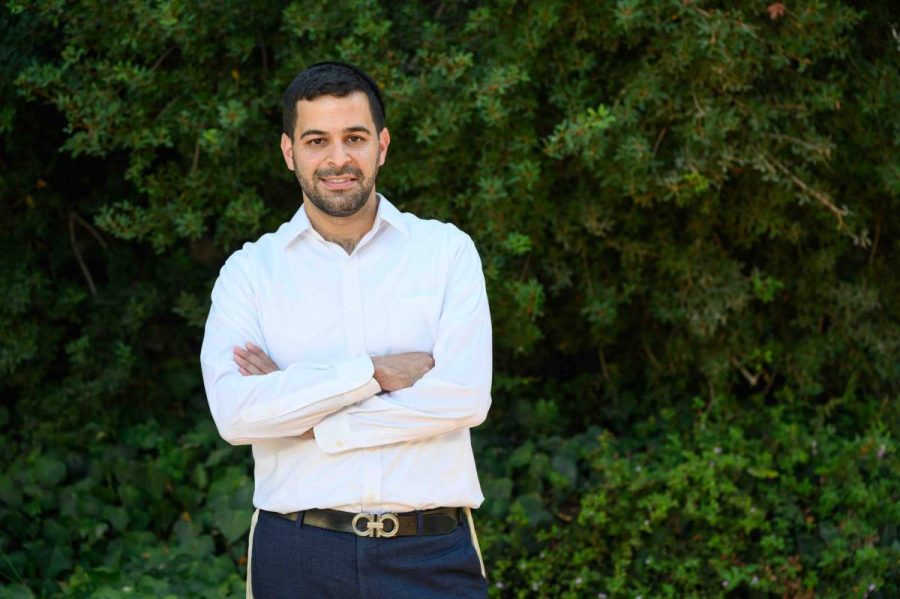 “Until I came to the Weizmann Institute, I had no way of being directly exposed to science and scientists,” he said. “Last summer, I had the opportunity to be hosted in the lab of Prof. Avraham Yaron, who studies the development of the nervous system. For the first time, I gained experience in using state-of-the-art tools and equipment. I was introduced to the thought processes used by front-line researchers, and to those rare moments in which they succeed in discovering something new and unknown to the world. After this experience, I decided to combine research with my medical studies.”

“I grew up in Nazareth Illit, and as the daughter of parents who did not receive a higher education, I was not exposed to the academic world or to research,” explained Mazal Faraj, a third-year undergraduate student at the Technion-Israel Institute of Technology, where she is studying biotechnology and food engineering. “Where I grew up, there weren’t many extracurricular activities; and because I was always attracted to science, and particularly to life sciences and technology, I invested all my effort in my studies – and my parents very much encouraged and supported me.” 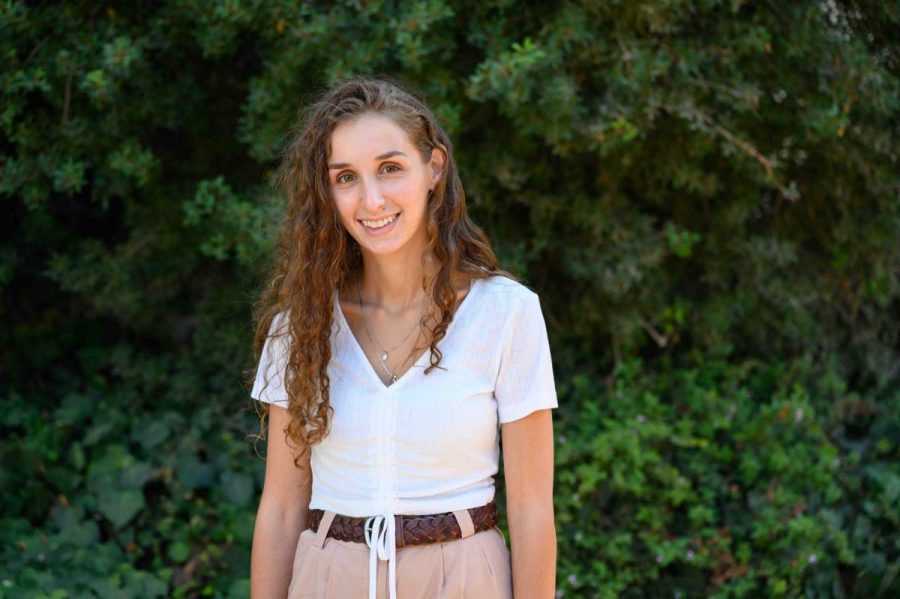 Mazal Faraj, an undergraduate student in biotechnology and food engineering at the Technion

Mazal graduated from high school with distinction and completed her army service two years ago as an officer in the Israeli Intelligence Corps.

“As part of the [Feinberg] program, I worked in the lab of Prof. Tzachi Pilpel in the Department of Molecular Genetics, where I participated in research [related to] yeast reproduction,” she continued. “This was my first experience working in a lab, and it made me realize how much I am interested in research. The lab members shared their vast knowledge of the field with me and included me in this fascinating process. I now intend to continue on to a master’s degree and doctorate. My dream is to research incurable diseases and find innovative solutions for coping with them.”

The value of diversity

“We consider diversity within the Weizmann community to be a basic value that goes hand in hand with our aspirations for scientific excellence,” said Prof. Gilad Perez, Dean of the Feinberg Graduate School, who launched the program in cooperation with Weizmann scientists, including Prof. Dan Oron, Dr. Amir Abboud, Dr. Ulyana Shimanovich, and Prof. Michal Sharon, and in collaboration with Dr. Meytal Eran-Jona, who heads the Institute’s new Diversity and Inclusion Unit.

Beyond working in the labs and carrying out their own individual research projects, the young scholars also participated in workshops to strengthen essential skills, such as public speaking, and which provided an introduction to the academic world.

“We believe that success is measured by the enrollment of a large portion of the program’s alumni in MSc, PhD, or postdoctoral tracks with us. The summer program is part of the Weizmann Institute’s broader vision of promoting diversity and equal opportunity. We want to attract students from the underrepresented populations. We want them to consider the Institute their academic home; and we are committed to creating conditions that will enable them to thrive,” said Dr. Eran-Jona. 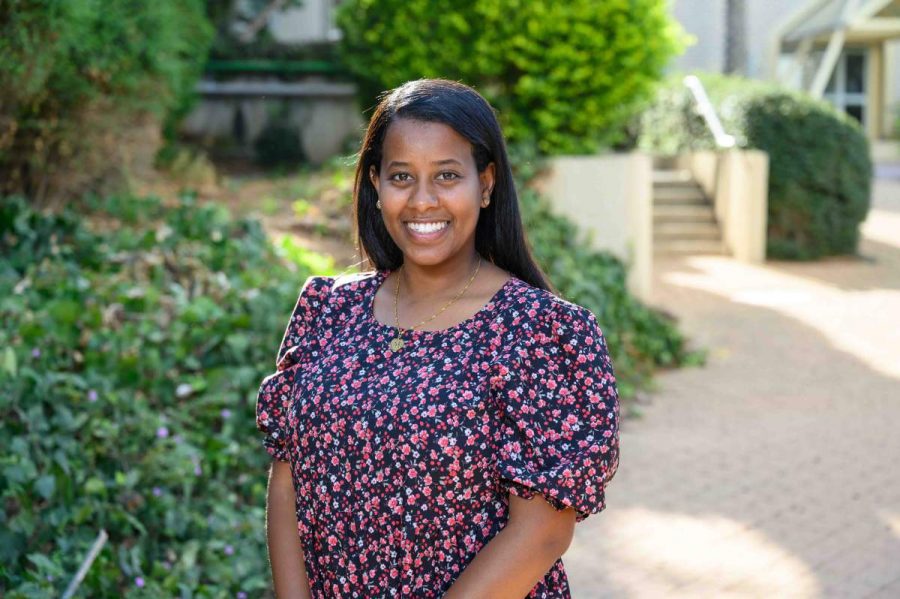 Meklit Berhe, an MA student in neurobiology at Bar-Ilan University

Meklit Berhe, who immigrated to Israel from Ethiopia at five months old and grew up in Ashdod, studies master’s degree in neurobiology at Bar-Ilan University. “After my summer at the Institute, I started thinking about [pursuing] a doctorate along with other big dreams of doing good things in the world and becoming an influential scientist,” she said, adding that she was inspired by her supervisors – Dr. Meital Oren-Suissa, a Principal Investigator from the Department of Brain Sciences, and Sapir Sela, a doctoral student in the Oren lab.

“My project centered on the study of cell death related to Parkinson’s disease,” Meklit explained. “My supervisors, exceptional scientists who combine their uncompromising professionalism with family life, were very impressive. The panel of scientists who spoke to us about their experiences throughout their career was also fascinating. After I heard them all speak, I felt that this is the field I want to join.”

Another summer scholar, Fadi Khateeb, from the Arab village of Deir Hanna in northern Israel, recently started his master’s degree at Feinberg at just 18 years old. 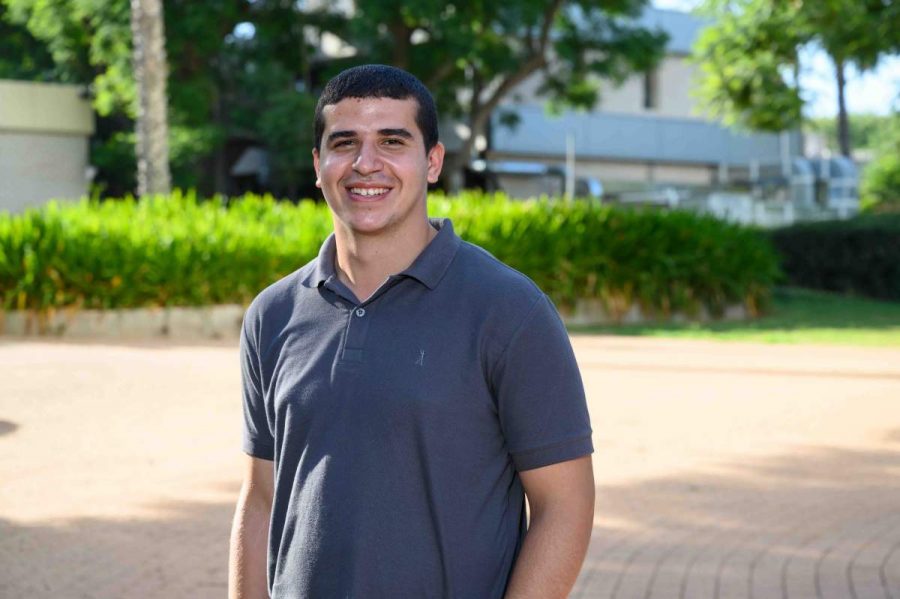 Fadi Khateeb, an MA student in computer science at the Weizmann institute

“I completed a BSc in computer science at Haifa University while I was still studying in high school,” he said. “I became acquainted with the Weizmann Institute when I participated in the Mathematics Olympics and attended science camps here at the Davidson Institute [of Science Education] for students from the Arab sector.”

“However, my experience last summer at Weizmann was really different. I became more familiar with the Institute, I enjoyed my stay on the beautiful campus and the atmosphere in Prof. Ronen Basri’s lab [in the Department of Computer Science and Applied Mathematics], where I worked on a computer vision project. I felt at home here, and these feelings strengthened my decision to study for a master’s degree, and perhaps a doctorate, at the Weizmann Institute and to continue to develop in the field.” 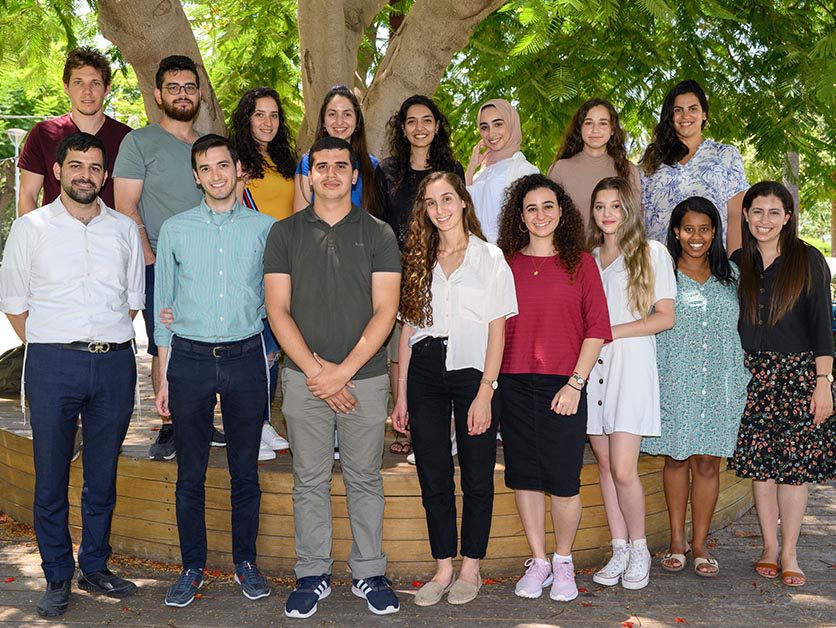 “Scientific breakthroughs almost always accompany an ability to look at difficult problems from different angles – angles that will shed new light on the existing facts,” said Prof. Perez, Dean of Feinberg. “We believe that a variety of different opinions, cultures, approaches, and styles of critical thinking are essential to scientific work, both here at the Institute and in general.”

Dr. Eran-Jona added: “I believe that excellent science comes from diverse science. The inclusion of people from varied backgrounds has proven beneficial to the creativity of the research teams, the flourishing of ideas, and the enrichment of the methods of thinking. Diversity in science enables us to promote the Weizmann Institute’s goal: better science for the benefit of humanity as a whole.”

The Young Weizmann Scholars Diversity and Excellence Program is supported in part by the Neubauer Family Foundation. 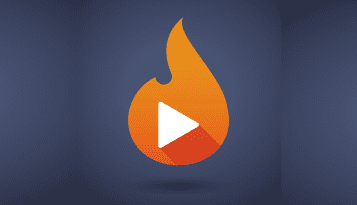