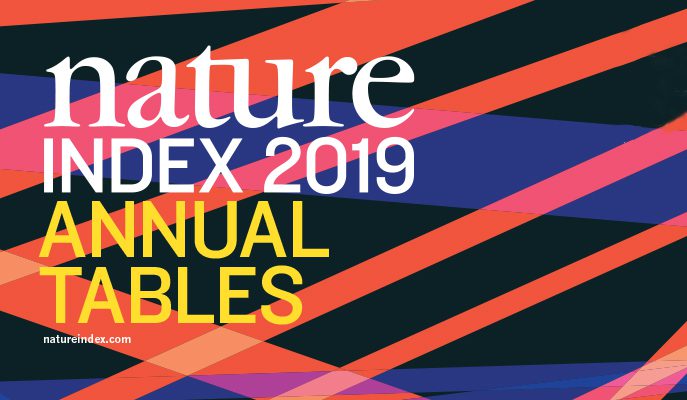 “Size is not everything,” proclaims a Nature press release today. “Some smaller institutes are punching above their weight.”

This statement arises from a new ranking conducted within the framework of the Nature Index 2019 – a normalized ranking that adds a new perspective to the relative contributions of each institute, and has placed the Weizmann Institute of Science in the top two, globally.

While the standard ranking held few surprises, the normalized ranking, according to Nature, reveals a “very different set of leaders among academic institutions.” The normalized version takes into account the number of high-quality articles published as a proportion of an institute’s overall output in the natural sciences.

The normalized ranking listed the Cold Spring Harbor Laboratory in New York, the Weizmann Institute of Science in Israel and the Institute of Science and Technology Austria as the top three. David Swinbanks, founder of the Nature Index, was quoted: “The inclusion this year of a normalized ranking alongside the standard Nature Index annual tables is especially interesting because the ranking draws to light some smaller institutes that are proportionally outstripping research powerhouses and would otherwise remain buried much lower down in the standard rankings.

The smallest institutions in the top ten have some common features: ambition, as disclosed by mission statements about striving to be the best in the world, interdisciplinarity, with the strong embrace of collaboration across fields, and in several cases, the backing of Nobel laureates.”

The Nature Index was published today in a special supplement. In the standard tables, the Weizmann Institute of Science also ranked in the top 100, and number one in Israel. Institute President Prof. Daniel Zajfman adds: “We have known for a long time that size is irrelevant when it comes to excellence in science. For the Weizmann Institute of Science, striving to be the best involves attracting the best scientists and letting them follow their curiosity. Interdisciplinarity and collaboration across fields and across countries are simply part of our DNA, and we are proud of that fact. The Nature Index normalized ranking truly showcases the quality of top research, showing you don’t have to be big to be on the cutting edge of global science.”