Note: These events with Prof. Yizhar were held a few weeks before COVID-19 social distancing measures were in place.

Early in March, the Weizmann Institute’s Prof. Ofer Yizhar from the Department of Neurobiology, came to Montreal and Toronto to share his work on a novel procedure called optogenetics. The procedure is being used to further understand neurons in the brain, with the potential to treat disorders like autism and depression.

Currently on sabbatical at Harvard University, Prof. Yizhar did not have to travel very far to attend the back-to-back events, where attendees were eager to hear about his 20 years of experience as a neuroscientist.

Prof. Yizhar’s recent work has focused on the prefrontal cortex, a part of the brain that carries out high-level functions like long-term memory, decision making, and control of impulses and emotions. It’s this part of the brain in psychiatric disorders that is known to have impairments.

Prof. Yizhar’s team focuses on the question – can basic neuroscience and neuroscience tools be used to better understand a brain region as complex as the prefrontal cortex to help treat psychiatric disorders?

To better understand the complexity of the brain, the team is applying optogenetics, by shining lights on the brains of mice to study their reactions.

One test using optogenetics found that they were able to make a mouse recognize the emotion in another mouse. These successes show potential for a similar treatment on patients with autism, who can show difficulties recognizing another person’s emotions.

Prof. Yizhar also expressed that research like theirs can continue to lead them to new insights into the brain and help them develop informed therapies for psychiatric and neurological disorders.

Thank you to the Ardene Foundation for sponsoring the event with the Weizmann League in Montreal and to KPMG for sponsoring the Toronto event, which was hosted in partnership with our Toronto Chapter and the Women and Science Committee.

See the photo gallery with highlights from the Montreal and Toronto events. 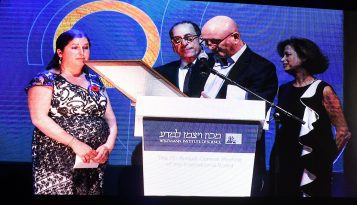 Newsletter, News From The Institute
Focus on the future through a memorable campus visit
Recent on-campus events offered a memorable experience to deepen engagement with the Institute.
Learn More 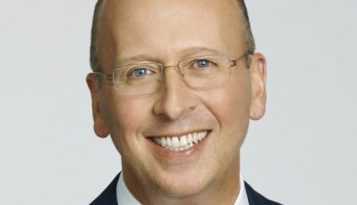 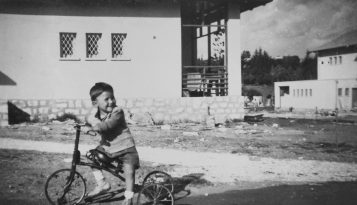