Drugs, pesticides, and fertilizers are crucial for our survival. But they may include impurities with harmful side effects for people, animals, and the environment. Now, a discovery by Prof. Ron Naaman of the Department of Chemical and Biological Physics, together with Prof. Yossi Paltiel from the Hebrew University of Jerusalem, has led to a new approach that has the power to make the bio-related products of industrial organic chemistry safer.

Based on an understanding of how electrons move within bio-based molecules like amino acids and proteins, the new wheat-from-chaff approach offers a strategy for “filtering” molecules in order to select those with desired functions, while reducing those that might produce harmful side effects.

This dramatic advance, published in Science earlier this year, is rooted in a fundamental property identified by Prof. Naaman in 1999 relating to the way energy or information is transferred from one place to another, via electrons, within biomolecules. Dubbed “Chiral Induced Spin Selectivity,” or the CISS Effect, this principle explains the behavior of electrons as they move through proteins—the biological “wires” that conduct electrons through living organisms.

It is well known that electrons carry a negative charge. Less well known is the fact that electrons also have “spin”—angular momentum similar to that of a top, which spins in either a clockwise or counter-clockwise direction. As they move through proteins, these twin properties of charge and spin cause electrons to behave as if they are under the influence of a magnetic field.  Structure also plays a role in how the movement of electrons through proteins proceeds: electrons of one spin type are “preferred” over the other, due to the fact that proteins, like most biological molecules, are “chiral” in structure.

A molecule is chiral if it has a symmetry that can exist in two distinct configurations—what scientists refer to as right- or left-handedness—and in which each form is a mirror image of the other. Like the chiral “twist” of the DNA double helix, proteins can appear in two different symmetries, depending on whether they twist to the right or to the left.

Now, working with Prof. Paltiel, Prof. Naaman has developed a breakthrough approach that combines the CISS Effect with a magnetic substrate to separate safe and unsafe molecules. The generic and inexpensive method will make it possible for pharmaceutical companies to create drugs with fewer unwanted side effects.

The need to separate chiral molecules into right- and left-handed versions has long been recognized by the pharmaceutical industry. In the most prominent example, a chiral drug called thalidomide, designed in the 1950s to ease morning sickness in pregnant women, was found to provide nausea relief, but the “left-handed” version of this same molecule caused horrible birth defects. Separation of chiral molecules, however, is complex and costly. Despite FDA recommendations, only 13 percent of chiral drugs are currently separated.

Prof. Naaman and Prof. Paltiel, who have been working on the separation problem for a decade, recently came up with a solution: magnets.

The new technology is expected to have a widespread impact, not just on the pharmaceutical industry, but also on producers of agricultural products, food ingredients, dietary supplements, and pesticides. Thanks to this breakthrough, it is believed that all of these branches of industry will have the ability to separate safe and unsafe molecules, ushering in a new era of bio-molecule-based industrial products that are both effective and safe.

Prof. Ron Naaman is supported by the Edmond de Rothschild Foundations, the John Templeton Foundation, and the European Research Council. He is the incumbent of the Aryeh and Mintzi Katzman Professorial Chair. 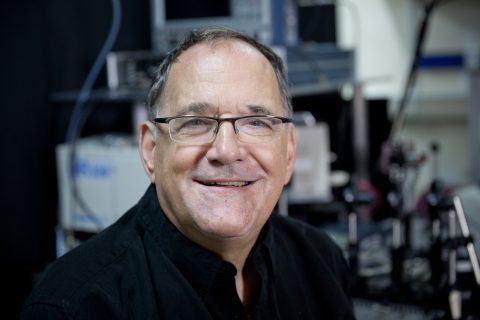 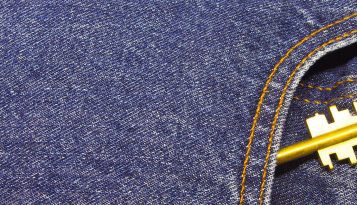