How did amino acids start bonding to form proteins? Weizmann Institute of Science researchers bring their findings to life in their lab

This story begins several billion years ago. There’s only chemistry, no biology – that is, plenty of chemical compounds exist on Earth, but life hasn’t yet emerged. Then, among myriads of randomly self-assembled chemical structures, one tiny RNA molecular machine reveals itself as perfectly suitable for creating bonds between activated amino acids, the building blocks of future proteins. It’s a turning point in the story of our planet: The synthesis of proteins, biological molecules essential for life, can now begin. Prof. Ada Yonath and her team at the Weizmann Institute of Science believe they have recreated that moment in the lab, showing how it might have happened. As to the primordial peptide-bond-making machine, they discovered that it’s still present in virtually every cell of all living organisms, from bacteria to plants and animals, including ourselves.

The theory behind the team’s project was born some 20 years ago out of startling findings made in Yonath’s lab in the course of determining the structure and function of the ribosome – research that would later earn her the 2009 Nobel Prize in Chemistry. The ribosome performs one of life’s core processes: manufacturing proteins based on the information in DNA. “We discovered a surprising feature in the structure of this protein-making machine,” says Dr. Anat Bashan, a senior staff scientist in Yonath’s lab in Weizmann’s Chemical and Structural Biology Department. “The ribosome is an enormous macromolecule that is not at all symmetrical; at its heart, it contains two semisymmetrical elements joined together to form a pocket.” 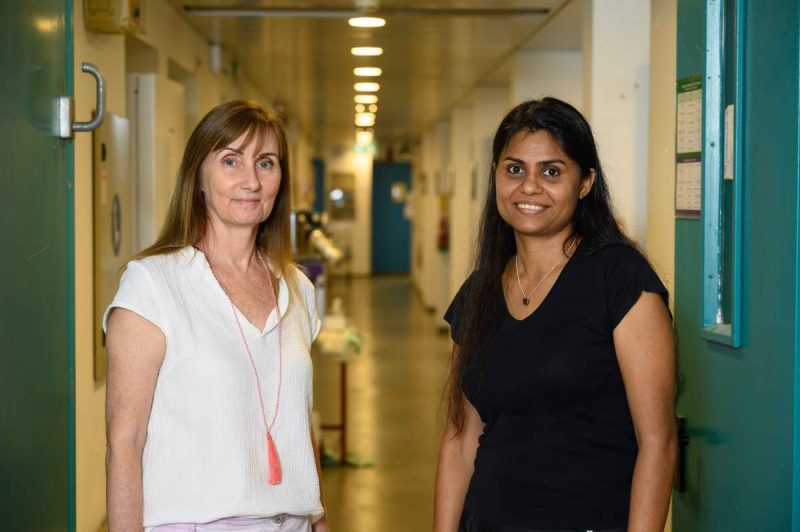 Adds Yonath: “We were particularly struck by the fact that this pocket is found in the ribosomes of all organisms. And this is where all the action takes place – it’s where all peptide bonds that create the chain of linked amino acids making up a protein are formed. That’s why this basic machinery seems to have persisted unchanged throughout evolution.”

Meet the protoribosome: That’s what the scientists call this pocket-like structure. They hypothesized that the protoribosome is the ancestor of all modern ribosomes, an ancient machine dating back to the prelife period. In comparison to the size of the cell, the protoribosome is rather small. It consists of RNA molecules comprising some 120 nucleotides, about 60 for each of its two semisymmetrical components, which accounts for less than 5 percent of the modern ribosome’s dimensions: some 4,500 nucleotides in bacteria and nearly 6,000 in humans

Here’s how the scenario unfolded, according to Yonath and her team:

The protoribosome came about when a bunch of RNA nucleotide chains self-assembled into two semisymmetrical walls hooked up to create a pocket. Endless other structures must have accidentally self-assembled around the same time, but the protoribosome survived, “going viral,” it seems, because it performed useful functions and, thanks to RNA’s intrinsic capabilities, it could self-replicate. When two activated amino acids happened to interact with one another within this pocket, they formed a bond, facilitated by the prevailing chemical conditions. Those amino acids may have arisen on Earth or, as some argue, landed with asteroids from outer space, but their origin is irrelevant to our story. What matters is that within the protoribosome, two activated amino acids could bind to each other. Later on, such bond making united many more amino acids, linking them into a chain. 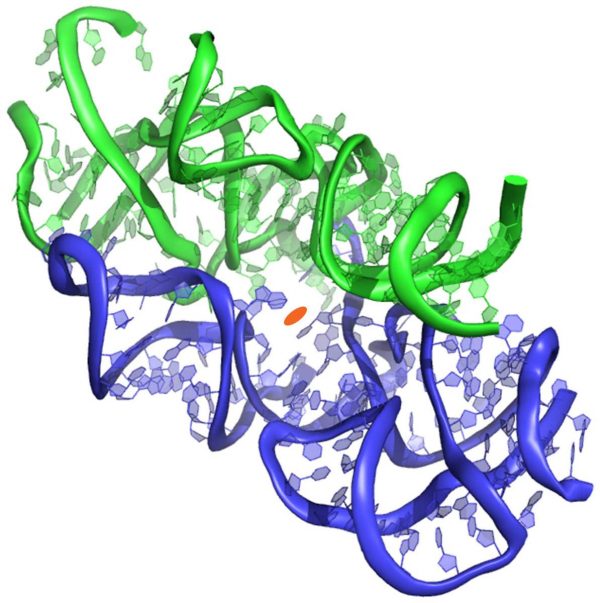 3D structure of the protoribosome

That was the beginning of proteins, some of which then proved useful in stabilizing and bolstering the protoribosome itself. The proteins kept adding to the protoribosome’s structure, enabling it to evolve into the sophisticated protein-making factory it is today. “A modern ribosome can be described as an onion, with the protoribosome at its center, surrounded by more layers that were added during evolution,” Yonath says. 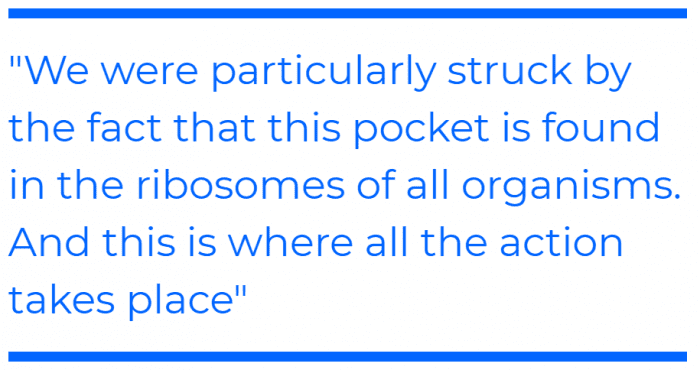 In time, protein production would become efficient enough to create chains up to thousands of amino acids in length, and to do so according to the instructions written in the genetic code. The tens of thousands of proteins in the human body all perform different functions, from hormones such as insulin, to antibodies in the immune system, to structural components of cells and tissues such as hemoglobin or the collagen of skin. And they all began with the bonds that once upon a time were formed by chance within the protoribosome.

Fast forward a few billion years. The theory had been upheld by calculations, deductions and dimerization experiments, in which the scientists created RNA dimeric constructs, mimicking the proposed protoribosome. But until recently, the theory’s tenets remained, well, largely theoretical. Now, in a new study led by postdoctoral fellow Dr. Tanaya Bose in Yonath’s lab, the scientists have provided it with experimental support. 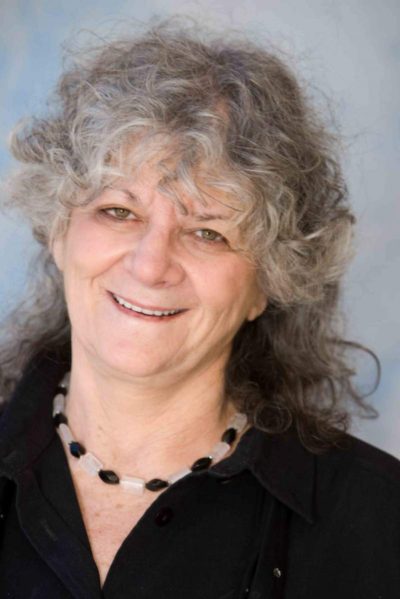 Bose and colleagues set out to explore whether a lab-synthesized protoribosome would be sufficiently stable to survive and perform its presumed bond making, that is, they wanted to find out whether it was indeed capable of this task. She and the other members of Yonath’s team created a design for a potential protoribosome by analyzing the pocket-like structures at the heart of several bacterial ribosomes. Bose then prepared these protoribosomal constructs in a laboratory dish.

Next came the crucial step: checking whether the pocket-like dimer constructs could create bonds between amino acids. After mixing the constructs with a solution containing activated amino acid substrates, as well as various salts and other reagents, Bose subjected the products of the reaction to a battery of tests, including mass spectrometry analysis. To the team’s delight, the synthetic protoribosomes created in the lab rose to the task. “Peptide bond formation is the most vital activity in any cell, and we’ve shown that it can take place within a protoribosome,” Bose says.

“The proposed protoribosome might be the missing link between an RNA-dominated world – one that may have existed before proteins and DNA appeared – and life that is based on proteins and nucleic acids, as we know it today,” Bashan says.

Prof. Ada Yonath is head of the Helen and Milton A. Kimmelman Center for Biomolecular Structure and Assembly and the incumbent of the Martin S. and Helen Kimmel Professorial Chair of Structural Biology.