A new study suggests that neurons are not programmed for a single task, but rather are highly dynamic and agile

Even during such routine tasks as a daily stroll, our brain sometimes needs to shift gears, switching from navigating the city to jumping out of the way of a bike or to crossing the street to greet a friend. These switches pose a challenge: How do the brain’s circuits deal with such dynamic and abrupt changes in behavior? A Weizmann Institute of Science study on bats, published today in Nature, suggests an answer that does not fit the classical thinking about brain function.

“Most brain research projects focus on one type of behavior at a time, so little is known about the way the brain handles dynamically changing behavioral needs,” says Prof. Nachum Ulanovsky of Weizmann’s Brain Sciences Department. In the new study, he and his team designed an experimental setup that mimicked real-life situations in which animals or humans rapidly switch from one behavior to another – for example, from navigation to avoiding a predator or a car crash. Graduate students Dr. Ayelet Sarel, Shaked Palgi and Dan Blum led the study, in collaboration with postdoctoral fellow Dr. Johnatan Aljadeff. The study was supervised by Ulanovsky together with Associate Staff Scientist Dr. Liora Las. 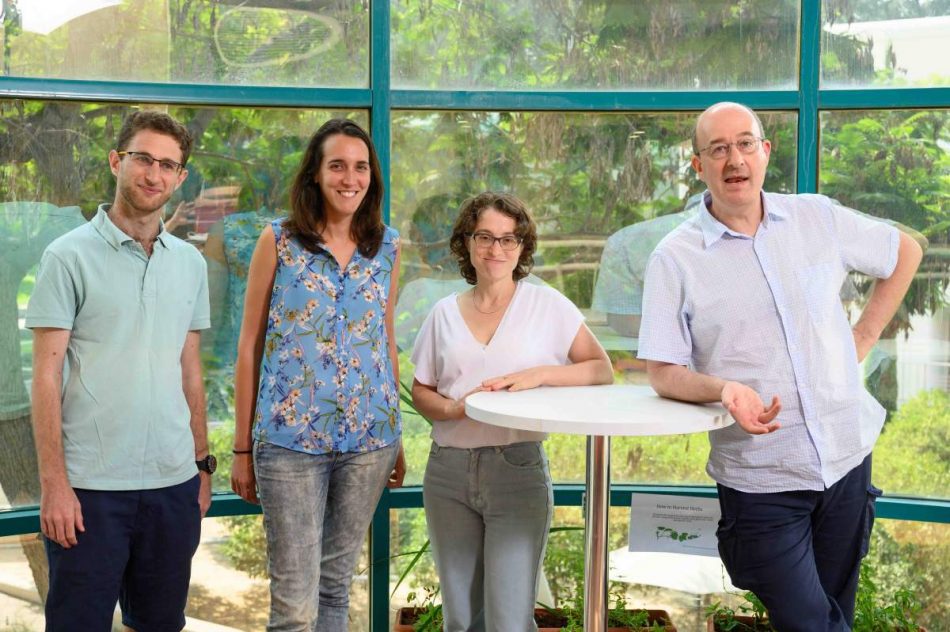 Using miniature wireless recording devices, the researchers monitored neurons in the brains of pairs of bats that had to avoid colliding with one another while flying toward each other along a 135-meter-long tunnel at the high speed of 7 meters per second. This amounted to a relative speed – that is, the rate at which the distance between the bats closed, or the sum of both bats’ speeds – of 14 meters per second, or about 50 kilometers an hour.

To check whether in these situations the bats switched their behavioral mode, becoming more attentive, the researchers took advantage of bats’ unique ability to sense their environment using sonar, or echolocation. Indeed, when spotting another animal flying rapidly toward them, the bats promptly raised their rate of echolocation clicks, signifying elevated attention levels. As their attention increased, a rapid shift occurred in the neural circuits in the bats’ hippocampus, the main brain area responsible for navigation, among other functions. The scientists discovered this shift by recording electrical signals from individual neurons in this area, known as place cells. 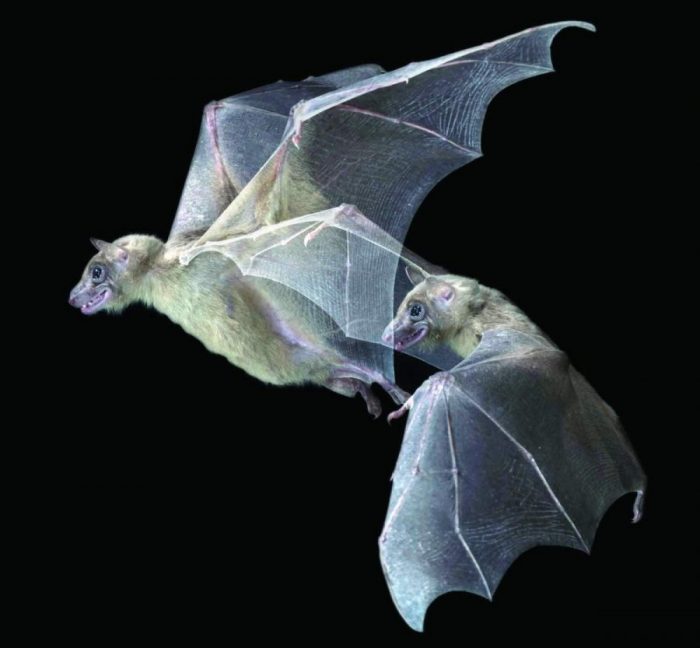 When the bats were flying solo, their place cells encoded their location in space, but as soon as the animals spotted the other, fast-approaching bat, more than half of the neurons in the hippocampus – about 55 percent – switched modes. The scientists could tell that the neural switch had taken place because the neurons’ firing pattern changed, indicating that they now encoded not only the bat’s own, absolute location but also a relative measure: the distance to the other bat. The higher the animal’s attention, the more pronounced the neural switch. To the scientists’ surprise, this switch occurred extremely rapidly, within some 100 milliseconds, or one-tenth of a second. Whether the fast-approaching bat was a regular, familiar partner or a mere “acquaintance” had no effect on the neural coding, suggesting that the switch was intended to avoid a collision and had nothing to do with social behavior. 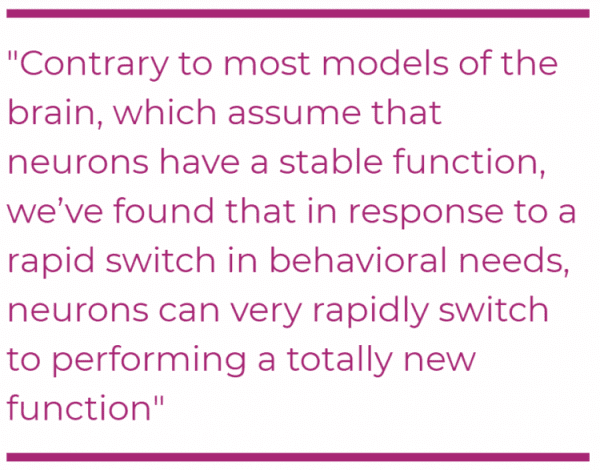 “Our study suggests that we may need to revise some basic assumptions about the brain’s circuits,” Ulanovsky says. He explains that over the past century, the prevailing view was that each brain region performs its own function, and that different behaviors are encoded in different parts of the brain. According to this classical notion, one may expect that when a switch occurs in behavior, for example, from navigation to collision avoidance, different brain regions would “light up” one after another. The new study reveals an entirely different picture: an amazingly fast switch in neural coding not just within the same brain area but in the same neurons.

Says Ulanovsky: “Of course, the division of labor between different brain regions still holds. If the visual cortex, for example, is damaged, the result is visual impairment – not deafness or loss of smell. But we’ve shown in our new study that the brain is much more dynamic than previously thought. Contrary to most models of the brain, which assume that neurons have a stable function, we’ve found that in response to a rapid switch in behavioral needs, neurons can very rapidly switch to performing a totally new function.” 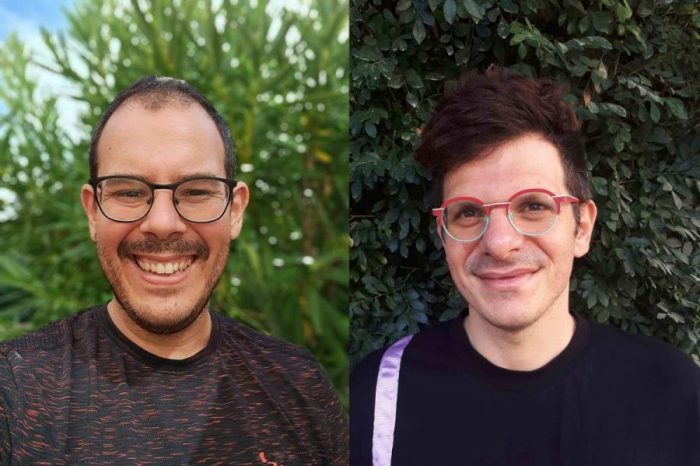 Some parts of the brain have already been shown to be less rigidly determined than thought – a phenomenon known as plasticity – but this occurs on slower time-scales, reflecting longer-term biochemical changes in the brain’s synapses, the connections between neurons. In contrast, the newly revealed switch works much faster, probably reflecting a swift reorganization in neural network activity.

Future studies may look for switches between different neural coding modes in various brain areas, not only in the hippocampus, and in a wide variety of behaviors and situations. These studies might also ask how prevalent this switching is, and whether it slows down in the aging brain.

Yet another compelling research direction raised by the new study is learning how the brain keeps our reality from appearing fragmented. “Now that we know that neurons can change what they do within one-tenth of a second, it would be fascinating to find out how we still perceive the world as smooth and stable,” Ulanovsky says.

Prof. Nachum Ulanovsky is the incumbent of the Barbara and Morris L. Levinson Professorial Chair in Brain Research. The Ben B. and Joyce Eisenberg Foundation Research Fellow Chair in Neuroscience supports a staff scientist in his lab. Prof. Ulanovsky’s research is supported by Dita and Yehuda L. Bronicki.