What makes an embryonic stem cell adopt a particular fate – differentiating down the path to a specific type? How can this process be halted or reversed? Answers to these questions hold great promise for the future of medicine. Researchers at the Weizmann Institute of Science have now revealed an unexpected type of control mechanism over stem cell differentiation. As reported in Nature Communications, they have shown that the fate of embryonic stem cells can be determined by “home remodeling” changes in cellular structure, in the cellular power plants known as the mitochondria. 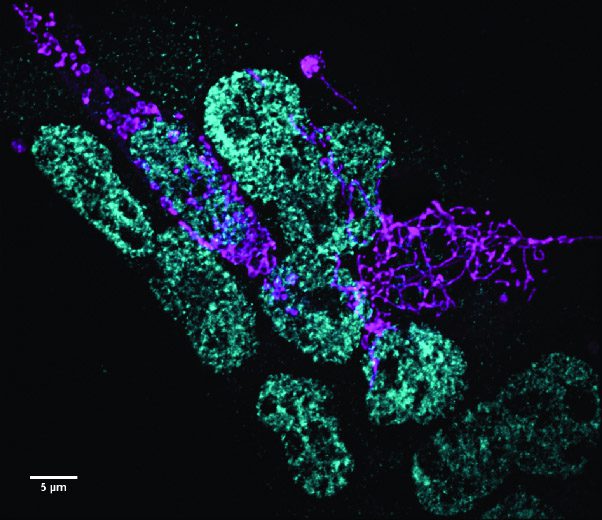 Mouse embryonic stem cells viewed with a spinning-disc confocal microscope. The levels of a nuclear protein called Nanog (cyan), which keeps these cells in their stem cell state, drop in the presence of high levels of another protein, Mitofusin 2 (magenta), which triggers the elongation of the mitochondria

Each cell has hundreds of mitochondria: membrane-enclosed organelles that have their own genome – one that is different from the DNA contained in the cell nucleus. Traditionally, the DNA in the nucleus was thought to control everything that happens in the cell, but research increasingly shows that the mitochondria, too, profoundly affect cellular processes.

The mitochondria continuously change their shape – shrinking, expanding, elongating, fusing with one another or fragmenting themselves into smaller structures – much like homes that are constantly being remodeled, walls erected or else knocked down to create larger spaces. These dynamic changes had been thought to play a regulatory role in the cell, though it was unknown exactly of what kind.

In the new study, graduate students Amir Bahat and Andres Goldman, and other members of Gross’s team, wanted to explore the role of mitochondria in the early life of embryonic stem cells. They focused on a molecular mitochondrial switch known as MTCH2, dubbed “Mitch,” that had been discovered by Gross more than a decade ago. It was known that Mitch, which is present in the membranes of the mitochondria, is so crucial that mouse embryos lacking the Mitch gene don’t survive beyond seven days. In collaboration with Prof. Jacob H. Hanna of Weizmann’s Molecular Genetics Department and Dr. Ayelet Erez of Weizmann’s Biological Regulation Department, the scientists set out to determine which roles Mitch plays in the embryonic stem cells of mice before they reach the seventh day of life. 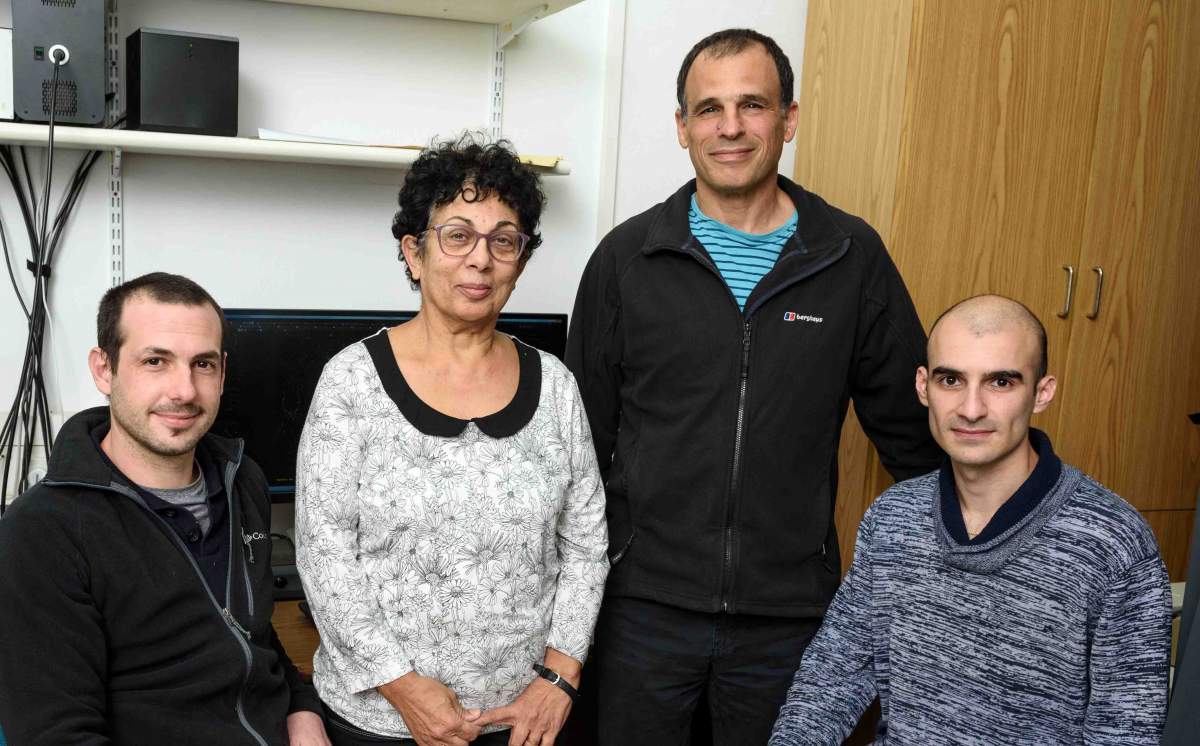 The researchers found that in embryonic stem cells with an intact copy of the Mitch gene, adjacent mitochondria fused together at a high rate, creating larger, elongated mitochondria. In cells they had genetically engineered to lack Mitch, the mitochondria didn’t fuse as often, remaining fragmented.

This structural difference had far-reaching consequences. Cells with the elongated mitochondria embarked on a path toward differentiation. Their mitochondrial metabolism, gene expression and epigenetic markers – chemical tags that affect gene activity – were no longer characteristic of embryonic stem cells, but rather of cells that are about to specialize into various body tissues. In contrast, Mitch-lacking cells in which the mitochondria failed to elongate and change their metabolism remained in their embryonic stem-cell state. In other words, even though the precise mechanisms by which the elongation produces its effects remain to be clarified, it’s clear that it has a decisive effect – apparently, via modulation of the mitochondrial metabolism – on the fate of the cell: determining whether it exits from its stem-cell phase or not.

“The mitochondria clearly serve as a kind of cellular control center”
—

“The mitochondria have been known to become elongated under metabolic stress in order to maximize the efficient use of cellular nutrients and keep the cell alive; but now we’ve shown that this structural change can have a profound effect on cellular fate,” says Gross.

To confirm that cellular fate was indeed determined by the elongation of the mitochondria and not by some other effect of Mitch, the scientists induced elongation via a different mechanism, one unrelated to Mitch. The result was striking: Causing the mitochondria to elongate was sufficient to induce the differentiation of embryonic stem cells. 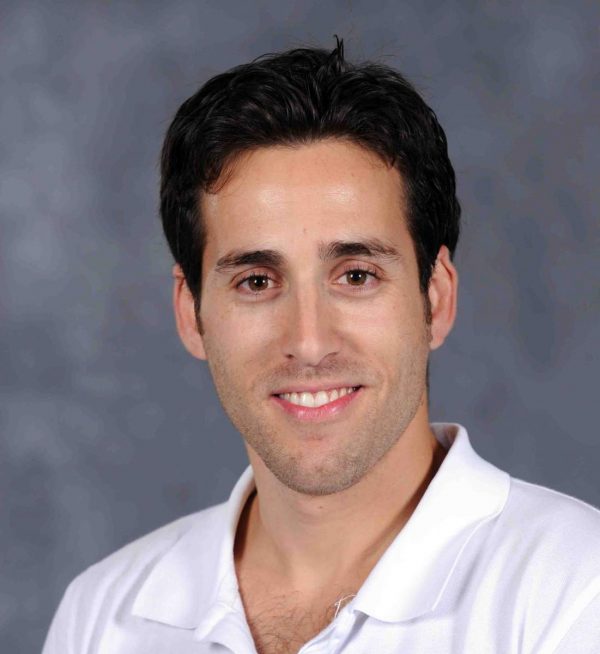 In the current massive biomedical research effort aimed at reversing stem cell differentiation so as to create a pool of stem cells for new therapies, most scientists focus on the genes that can bring about this reversal. The Weizmann Institute study opens up a new avenue of research for these studies, one that will focus instead on modifying the size and shape of the mitochondria.

Prof. Atan Gross’s research is supported by the Rising Tide Foundation; and the estate of Emile Mimran. Prof. Gross is the incumbent of the Marketa and Frederick Alexander Professorial Chair.