From the moment Bill Lister was first introduced to Weizmann Canada by his good friends, Ellen and Stan Magidson, he was intrigued by the Institute and impressed by its many innovations. As his involvement grew over the years, his intrigue never waned, and he has channelled that enthusiasm, being instrumental in garnering support among his peers in Western Canada.

When Bill visited the Institute in 2013, his campus tour solidified his belief in the comprehensive nature of education that Weizmann offers. He noted that “the people make an institution, and I was really impressed with the people involved with Weizmann.” During his tour, he saw the opportunity to reinvigorate the Clore Garden of Science, a unique, entirely outdoor science museum with over 80 hands-on exhibits. He was inspired to set up a legacy gift by naming Weizmann Canada as a beneficiary in his will.

“We are tremendously proud to be part of the Weizmann giving family.”

This past June, Bill and his wife Lily joined Weizmann Canada supporters at the 2018 Global Gathering held in Boston, where they had the opportunity to meet other supporters from around the world, and to learn about the latest scientific advancements at the Institute from Weizmann scientists. “There was so much intelligence and brain power gathered in one place” he reflected after the event. Even after years as Weizmann supporters, both Bill and Lily were deeply moved by the depth and breadth of the Weizmann donor family, and the commitment of each person they met to advance scientific research.

Leaving a legacy to Weizmann Canada is an extraordinary statement of your generosity and commitment to the future of research. For more information on personalizing your philanthropy, please contact Lori Sussman at 1-800-387-3894 or loris@weizmann.ca 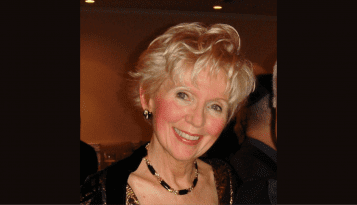