The south pole of Jupiter is seen from an altitude of 32,000 miles (52,000 kilometers) in this enhanced color mosaic of images from NASA's JunoCam. Cyclones up to 600 miles wide (1,000 km) are visible. Credit: NASA/JPL-Caltech/SwRI/MSSS/Betsy Asher Hall/Gervasio Robles SCOTT BOLTON - 3

More than 400 years after Galileo turned his telescope toward the planet Jupiter, the clouds and mist covering this giant of the Solar System are beginning to disperse. Since 1973, no fewer than six spacecraft have flown by Jupiter. But the Juno probe, launched in 2011 and in orbit around the planet since July 2016, is the first one equipped with systems that are able to reveal the secrets of Jupiter’s inner structure beneath the thick clouds. Two scientists from the Weizmann Institute of Science, Dr. Yohai Kaspi of the Earth and Planetary Sciences Department and his research partner, Staff Scientist Dr. Eli Galanti, are part of the Juno team that includes 40 scientists from around the world. Kaspi and Galanti are leading one of the space mission’s main experiments, aimed at learning how deep the planet’s characteristic strong jet currents go and at understanding the structure of the planet’s gravitational field. Juno’s initial findingswere recently published in the journal Science, in an article based on 44 research papers that explore the planet in detail and which were simultaneously published in Geophysical Research Letters. Kaspi explains: “These articles relate preliminary results. It was important for us, first of all, to report that we have reached Jupiter and that all systems are go – and here are our first, and surprising, readings.” 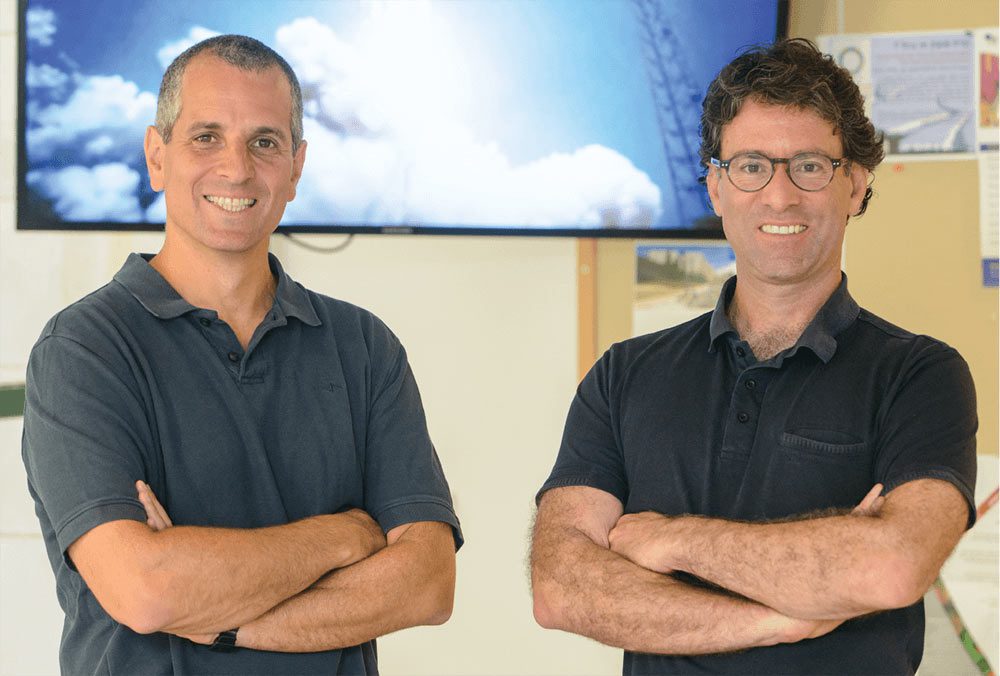 In Roman mythology, Juno is the wife and sister of the god Jupiter. When Jupiter wanted to hide something from her, he enveloped himself in a cloud cover, but Juno pointed a deep gaze, scattering his cover. Likewise, shortly after the probe Juno began orbiting Jupiter, the planet, almost entirely made up of gas, started to yield its secrets. The main findings so far include cyclones at the planet’s poles spanning thousands of miles, a significantly stronger-than-expected magnetic field with great variations in power between regions, and an ammonia belt surrounding the planet’s equator. Another significant finding concerns a question scientists were divided over: Does the planet have a solid core, or does it not have a core at all? The data obtained so far shows that both sides were wrong: Jupiter does have a core – an even greater one that expected – but it doesn’t seem to be solid.

Achievements aside, the complex space mission has not been glitch-free. Juno was supposed to orbit the planet in 14 days but due to a propulsion system malfunction, the route was extended, taking 53.5 days instead. Nevertheless, Juno still orbited the planet – as planned – in an elliptical route that allowed it to approach up to 4,000 kilometers above the planet’s cloud peaks – coming closer to Jupiter than any spacecraft ever has. Despite this malfunction and the fact that the spacecraft will now have to continue in orbit around Jupiter for a total of three more years, the Weizmann scientists admit that the added time in orbit provides some “breathing space” and an opportunity to plan the experiments better. Even the measurement angles have improved: “Our experiment,” explains Kaspi, “uses changes in Jupiter’s gravitational field to measure gas movement on the planet. The measurements are conducted through the means of a Doppler shift of a radio wave transmitted from the probe; the change in orbit due to the malfunction allows us to make more accurate measurements.”

In a press conference held by NASA to report the initial findings, Juno mission principal investigator Scott Bolton said: “We’re seeing a lot of our ideas were incorrect and maybe naïve .” This far-reaching statement made headlines around the world, but Galanti believes it was not properly understood: “When Bolton said we were naïve, he meant that in many ways, our expectation was to find a much simpler reality than the one we ultimately found. For example, with regards to the magnetic field, we expected a homogenous one, and not, as we learned, one that drastically changes from point to point. While this discovery ‘makes things more complicated,’ it does not pull the rug from under our feet. On the contrary, it allows us to sharpen the existing models.”

Dr. Yohai Kaspi’s research is supported by the André Deloro Institute for Space and Optics Research.