Building a working quantum computer is such a daunting venture that many believe it’s only for tech giants and superpowers, something on a scale beyond Israel’s reach. Prof. Roee Ozeri of the Weizmann Institute of Science begs to differ: “One of the world’s first computers, WEIZAC, was built here in the 1950s, when all Israel had was swamps and camels. Today Israel is a technological empire; there’s no reason we shouldn’t be front-runners in the quantum computing race.”

In a project reported today in PRX Quantum, Ozeri’s team succeeded in building a quantum computer – one of about 30 such machines in the world, and one of less than 10 to rely on an advanced technology known as ion traps. An even larger computer is already in the works in Ozeri’s lab, and this one already has a name: In a tribute to WEIZAC, inaugurated at Weizmann back in 1955, the scientists plan to call it WeizQC.

Quantum computers promise to reach computational complexity that is unthinkable using even the most powerful classical computers. This level of ability is known as the “quantum advantage.” It should bring about a slew of applications, from designing unbreakable codes and predicting market fluctuations to accelerating the development of new drugs, materials and artificial intelligence systems. That’s because in contrast to today’s computers, which are limited by the boundaries of classical physics, quantum computers obey an entirely different set of laws – those of quantum mechanics, which rule the microscopic world. In our familiar world, humans, cats or even bits, the basic units of information in classical computing, can only be in one place at a time. In contrast, quantum bits, known as qubits, can be simultaneously present in more than one position or state, which enables them to conduct multiple calculations in parallel, opening the door to vast computing power. 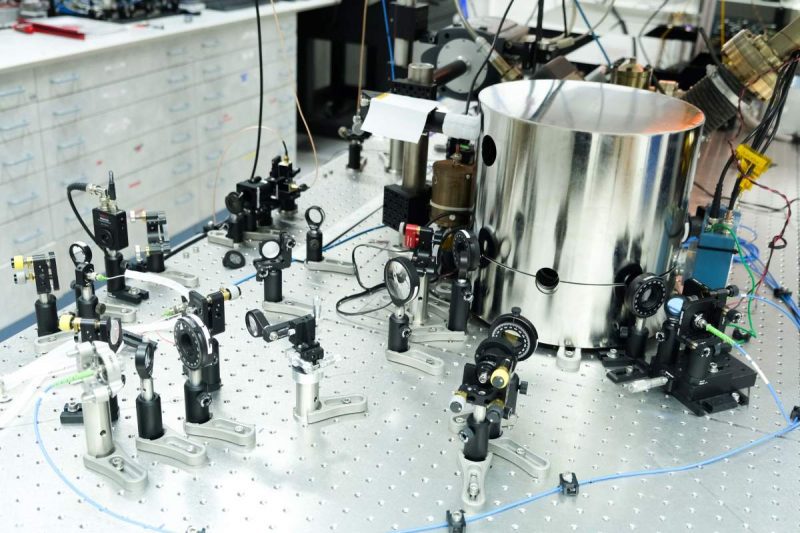 Meet a quantum computer: An ion trap inside a vacuum chamber was placed in a large metal container, which shields the ions from magnetic noise. Photo: Freddy Pizanti

Ozeri became a pioneer of quantum computing research in Israel some 15 years ago after returning from the United States, where he had conducted his postdoctoral studies under the guidance of Nobel laureate David Wineland. “Then, quantum computing was done in university labs,” Ozeri says. “But in the past decade, commercial companies such as Google, Amazon and IBM joined the race to build a quantum computer, while the United States, China and the European Union initiated massively funded strategic programs to advance the field.” 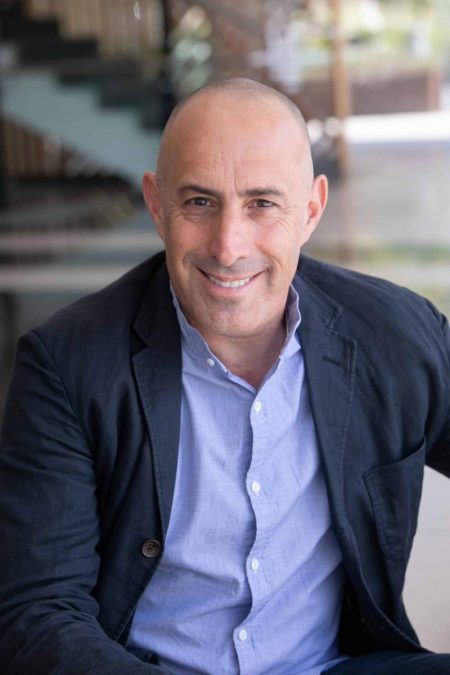 Despite this expansion of research, substantial challenges remain. One of the greatest obstacles is the extreme sensitivity of quantum computers to environmental noise, which stands in the way of building large, complex systems. In a project led by Dr. Tom Manovitz and research student Yotam Shapira, Ozeri’s team addressed this challenge by introducing two innovations, both successfully implemented in the quantum computer the researchers have built in their lab.

Watch out, it’s a trap

Today’s computers all rely on the same basic hardware, but in the field of quantum computing, several different technologies still compete for top ranking. Among the leading contestants are ion traps, systems in which each ion – that is, each electrically charged atom – represents a single qubit. Just as regular bits can move between two states, 0 and 1, so ion-based qubits can switch between different states, defined by different flight paths of an electron around the atomic nucleus. Instead of standard electronics, qubit switching in an ion trap is done with lasers. These qubit-based operations are called logic gates. Complex computations require gates involving more than one qubit, but such operations are sensitive, and even the tiniest environmental noise will cause the system to lose its quantum nature. To prevent this from happening, the Weizmann researchers developed a pattern of laser pulses that keeps the logic gates robust and stable. 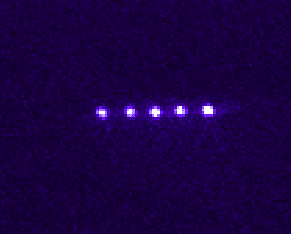 The magnificent five: Strontium ions in a vacuum chamber, trapped by electric fields and cooled by laser light to several millionths of a degree above absolute zero

Yet even when the gates are robust, the system’s high sensitivity can cause it to accumulate errors that threaten to undo its quantum nature. To correct an error, one must first find it, a task that requires measuring the qubits. But there is a catch: Measuring constitutes an invasive act that inevitably leads to the loss of the system’s quantum nature. The solution is to measure only some of the qubits, not all. In trapped-ion-based computers, the measurements are performed by illuminating the ions and determining the states of the qubits by the resulting, if any, scattering of light. In their new computer, the Weizmann scientists replaced the light detectors that capture the states of individual ions with a camera-based array that detects all the qubits simultaneously. Then, to protect the system’s quantum nature, they concealed some of the qubits from the camera. They also developed a way to overcome the slow-down in data processing that had been associated with camera-based arrays: They added electronic circuits that rapidly read out and process the cameras’ information, speeding up error correction. 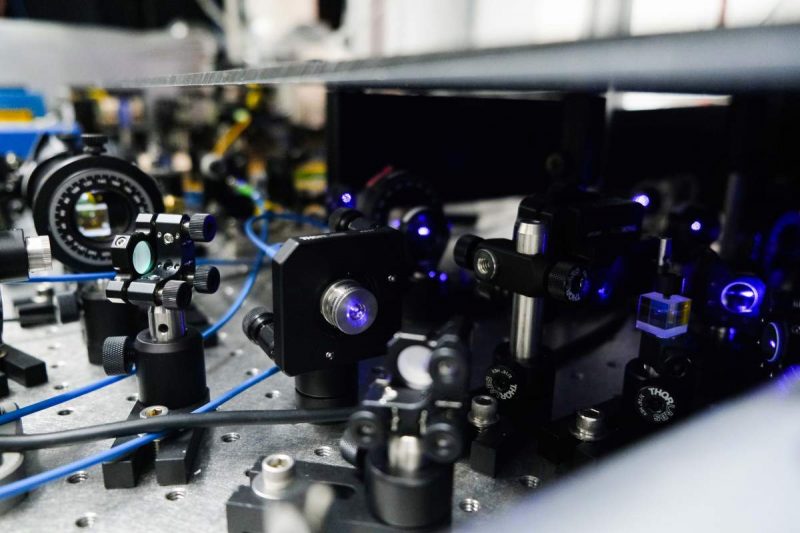 The Weizmann computer is a five-qubit machine, roughly the level achieved by IBM’s version when the company first started offering quantum computing as a cloud service. WeizQC, which is currently being built in Ozeri’s lab, is scheduled to work with 64 qubits. It is expected to demonstrate the quantum advantage, which until now has only been achieved by computers built in two labs: at Google and at the University of Science and Technology of China. 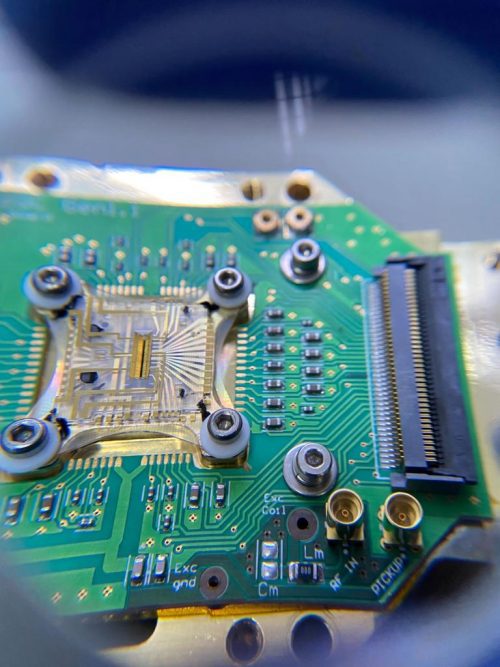 Prof. Ozeri’s research is supported by the Willner Family Leadership Institute for the Weizmann Institute of Science and by the Rosa and Emilio Segre Research Award.