On March 22, the Weizmann Institute of Science in Rehovot, Israel, and Institut Curie in Paris, France, two major world-class research institutes, signed an historic partnership that will allow their teams to work closely together to improve knowledge in the field of life sciences, particularly in the areas of physics and chemistry, and most specifically - in the field of cancer research. This is a milestone in the history of these two institutes that have been working together for 15 years, particularly in the field of biophysics. 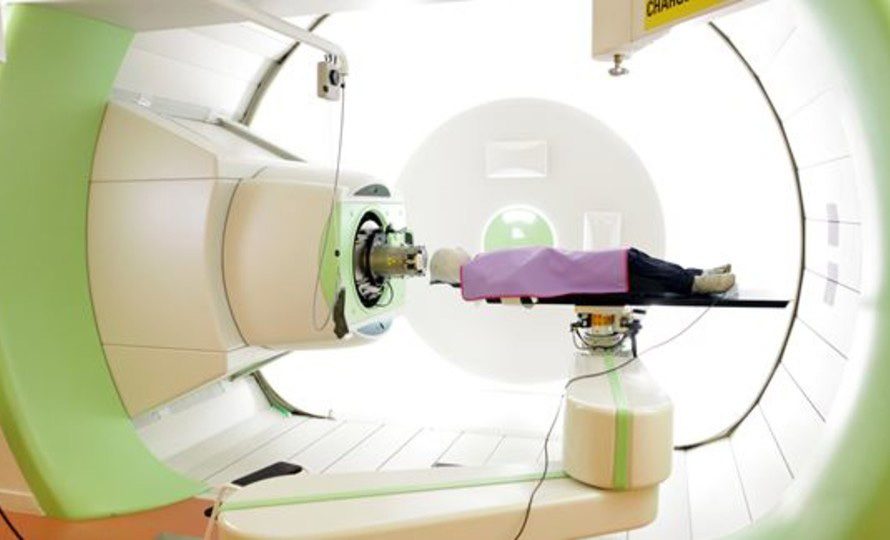 This partnership will extend to many disciplines, including physics, chemistry, cellular biology, epigenetics, genetics, immunology and single cell approaches, imagery and data collection. The complementarity of the research between the various groups at Institut Curie and at the Weizmann Institute has been recognized in particular at the occasion of joint scientific workshops held regularly alternatively in Paris and Rehovot. Each research program will be organized around a pair of researchers with a scientist from Institut Curie and a scientist from the Weizmann Institute of Sciences, who will receive support on the annual basis. This partnership also includes exchanges of scientists and a Curie-Weizmann symposium organized every two years, with alternate locations in Rehovot, Israel, and in Paris, which will be focused on one of the subjects of research cooperation.

To finance the start of this cooperation, Institut Curie and the Weizmann Institute of Sciences will finance this research program for €200,000 each, and will organize a joint fundraiser with philanthropists and corporate sponsors.

There are numerous common interests between the two Institutes. They can range from the description of defects in cell nuclei to the mechanics of cell migration, or the behavior of neural networks. A few examples of exciting ongoing projects are highlighted below.

During his sabbatical visit at Institut Curie in 2012, Professor Nir Gov (Weizmann Institute) participated in several projects ranging from cell migration to collective cell behaviors and neuron growth. For instance, he developed a theory in collaboration with Raphael Voituriez (Sorbonne University), which explains the observations of the team of Matthieu Piel (Institut Curie) on the links between persistence and speed of migrating cells. This theory gave rise to collaborative developments between these three teams to predict important aspects of the migratory behavior of immune cells.

He also collaborated with Pascal Silberzan at Institut Curie to understand the behavior of cells packed at very high density on a surface. This joint work combining experiments and theory, has highlighted the importance of an intrinsic biological ageing of the cell population. This project has helped understanding how cells can come to an arrest while maintaining a capacity to respond to external perturbations such as an injury.

Prof. Elisha Moses (Weizmann Institute) has a longstanding interaction with the group of Professor Jean-Louis Viovy (Institut Curie), now headed by Stéphanie Descroix, on the applications of microfluidic devices to the study of living neuronal networks. He spent three months in Paris, during which he and Dr. Catherine Villard of the Descroix lab developed an optogenetic assay for guiding axonal growth. This work has the potential for controlling growth of neurons and of neuronal tumors within the brain. Drs.

M. Vignes and R. Renault, two talented researchers who were working on the project as students, have now graduated and branched off into very interesting conceptual and practical applications of this approach.

The two institutions are both highly complementary and display many mutually common attributes.

Institut Curie is the premier research center in France conducting cancer research, including all facets of carcinogenesis. Its research center brings together 1,200 researchers working in 12 joint research units organized in four areas based on natural scientific interactions and robust medical potentiality. A strong advocate of international cooperation , it welcomes more than 80 nationalities. Equipped with advanced technology platforms, it is an important resource for researchers around the world. Institut Curie is also a state-of-the-art hospital complex that provides care and support for all cancer types and welcomes more than 50,000 patients each year. It has developed particularly innovative treatments directly from the work of its research center. Institut Curie also trains students in science and cancer research with the goal of increasing the knowledge about the topic.

The Weizmann Institute of Science is among the ten premier institutes of fundamental research in the world: 2,500 scientists work on its campus in Rehovot in the complementary fields of mathematics and computer science, physics, biology, chemistry, and biochemistry. The Weizmann Institute of Science has a long history of research and discoveries rooted in a mission of advancement of science for the benefit of humanity; cancer research accounts for 40% of the total budget of the Institute, which shapes and hosts a large part of the leadership in Israel and contributes to the advancement and understanding of scientific issues among all audiences.

Both institutions have powerful means of technology transfer that leverage the discoveries of their labs for the benefit of patients, whether through the creation of medications, medical devices or other technologies.

A shared vision of science

Science at the service of people – this is the best way to describe the credo of the two institutes, both of which were founded upon great personalities who have made an important mark in the history of the world.

Chaim Weizmann, chemist and author of many discoveries and publications, is the founder of the Weizmann Institute, and was the first president of the State of Israel between 1949 and 1952. Marie Curie, born Maria Sklodowska, founded the Radium Institute in 1909. The first female professor and holder of a chair position at the Sorbonne, the first woman to win two Nobel prizes and be enshrined at the Pantheon in Paris on her own merit. In many ways, these two scientists have had a remarkable journey.

The Weizmann Institute of Science and Institut Curie also share a common belief that international collaborations in the field of science and the exchange of ideas across interdisciplinary boundaries can accelerate progress to the benefit of humanity.

It is this common ground which today enables this collaboration to take root and which will tomorrow allow us to multiply efforts and as a result enjoy major new discoveries.

Institut Curie, a leading player in the fight against cancer, combines a leading French research center in oncology and a state-of-the-art hospital group that treat all types of cancer, including the rarest. Founded in 1909 by Marie Curie, the Institut Curie brings together more than 3,300 researchers, physicians and healthcare professionals around its three missions: care, research and teaching. As a private foundation recognized for public utility, Institut Curie is authorized to receive donations and bequests and can, thanks to the support of its donors, accelerate discoveries and thus improve the treatment and the quality of life of the patients