Wild tomatoes that grow in South America, the ancient relatives of modern varieties, harbor genes for numerous desirable traits – flavor, aroma, resistance to disease – that have in some cases been lost in the process of domestication and breeding. Breeders are currently investigating the possibility of reintroducing these lost wild traits into cultivated tomatoes. Their efforts will now get a boost from an enormous database covering genetic and metabolic traits of both wild and cultivated tomatoes, created by researchers headed by Prof. Asaph Aharoni at the Weizmann Institute of Science in a collaboration with scientists from the Hebrew University of Jerusalem and elsewhere.

The researchers used nearly 600 lines of tomato hybrids called BILs (for “backcrossed inbred line”), created by Prof. Dani Zamir’s team at the Hebrew University, to compile the database, which they named KILBIL. Each line – a cross between wild Peruvian tomatoes Solanum pennellii and a common cultivated variety Solanum lycopersicum – contains different pieces of the wild and cultivated genomes, so by comparing the genomes of different hybrids and correlating the differences with various qualities, it’s possible to figure out which genes are likely to be responsible for what traits. Thus, the scientists created a comprehensive profile of each line, which included expression of about 11,000 of its genes, lists of up to 1,000 active ingredients, called metabolites, at different stages of ripening, and information on sensitivity to a fungal pathogen. The researchers then applied computational tools in order to correlate different portions of the tomato genome, or even single genes, with variations in the plant’s metabolism and with other different traits.

The KILBIL database will help researchers and breeders to produce improved tomato varieties. And Weizmann researchers themselves have already used their database to solve a few tomato riddles. 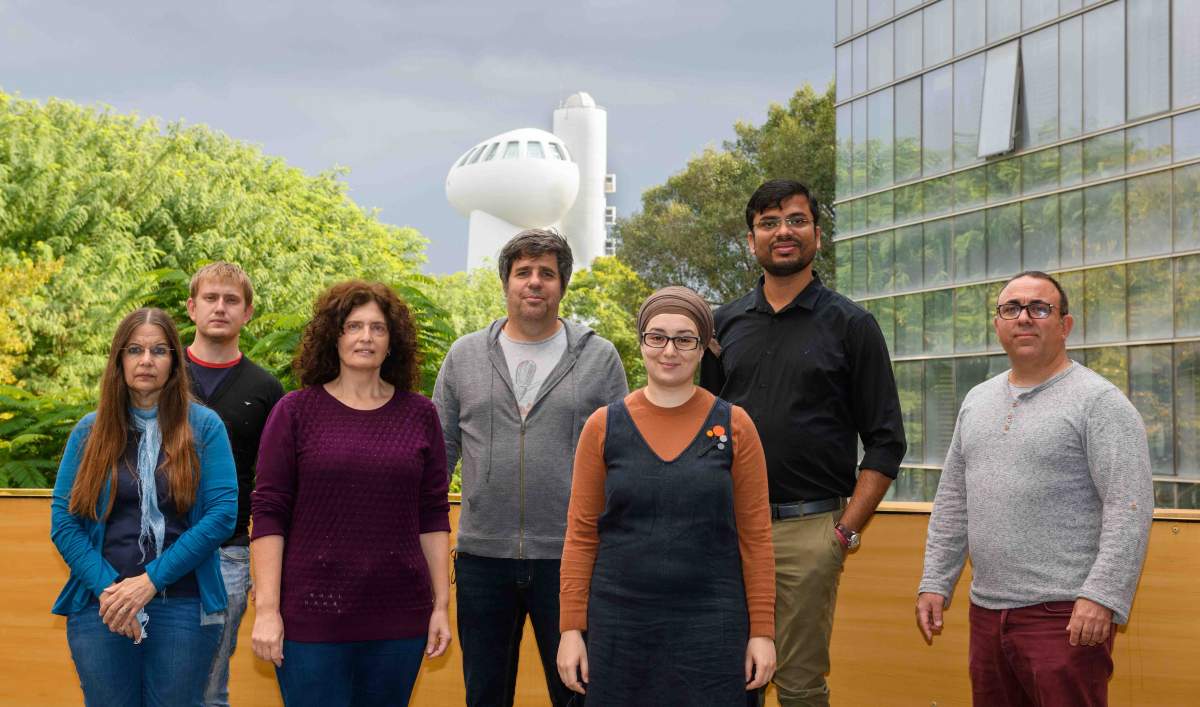 Green tomatoes are bitter largely because they contain substantial amounts of alpha-tomatine, a toxic substance that protects the tomatoes from bacteria and fungi making sure they are not eaten by herbivores before they are ripe. As tomatoes ripen, alpha-tomatine is converted into non-bitter metabolites, but how this process is coordinated with the ripening was unknown. Nor was it clear why the toxic alpha-tomatine doesn’t harm the plant itself.

Dr. Yana Kazachkova, a postdoctoral fellow in Aharoni’s lab, tackled these questions with the help of an unusual wild tomato species whose fruits stay bitter even after they ripen. (Tomatoes are botanically classified as fruit, even though nutritionists count them among vegetables.) The researchers who had discovered these tomatoes in the Andes in the 1990s hypothesized that they stay bitter because of one or more mutations in the alpha-tomatine biosynthesis enzymes.

Kazachkova, together with colleagues, compared the genetic make-up of the bitter tomatoes with non-bitter species. They narrowed down the difference to a mutation in a gene that didn’t encode an enzyme affecting the bitter-to-sweet conversion, but rather a transporter protein, one that shuttles substances within the cell. The researchers called it GORKY, the Russian for “bitter.” Kazachkova then needed to prove that the mutated GORKY gene was indeed the one responsible for the bitter taste of the peculiar wild tomato species. Among a battery of experiments, she used CRISPR technology to inactivate this gene in some plants or caused it to be overexpressed in others, and analyzed the metabolism of the mutant plants using specialized mass spectrometry equipment in Aharoni’s lab.

In the course of the experiments, she occasionally tasted the mutant tomatoes, and was delighted when the ones with the missing GORKY indeed tasted bitter. “These were the most delicious bitter tomatoes I’d tasted in my life,” she recalls.

It turned out that when green tomatoes produce alpha-tomatine in large amounts, mainly in their peel, they keep this toxic substance within closed compartments known as vacuoles, which prevents it from harming the plant itself. When the tomato ripens, GORKY shuttles alpha-tomatine outside of the vacuoles, enabling it to be converted into non-toxic metabolites in a series of five biochemical reactions and thereby rendering the tomato palatable.

These discoveries explain how the tomato plants protect themselves against their own toxic compounds. The study’s findings may be used to enhance the breeding of tomatoes, and they also open up a line of research to see if the same transporter mechanism exists in other plants. 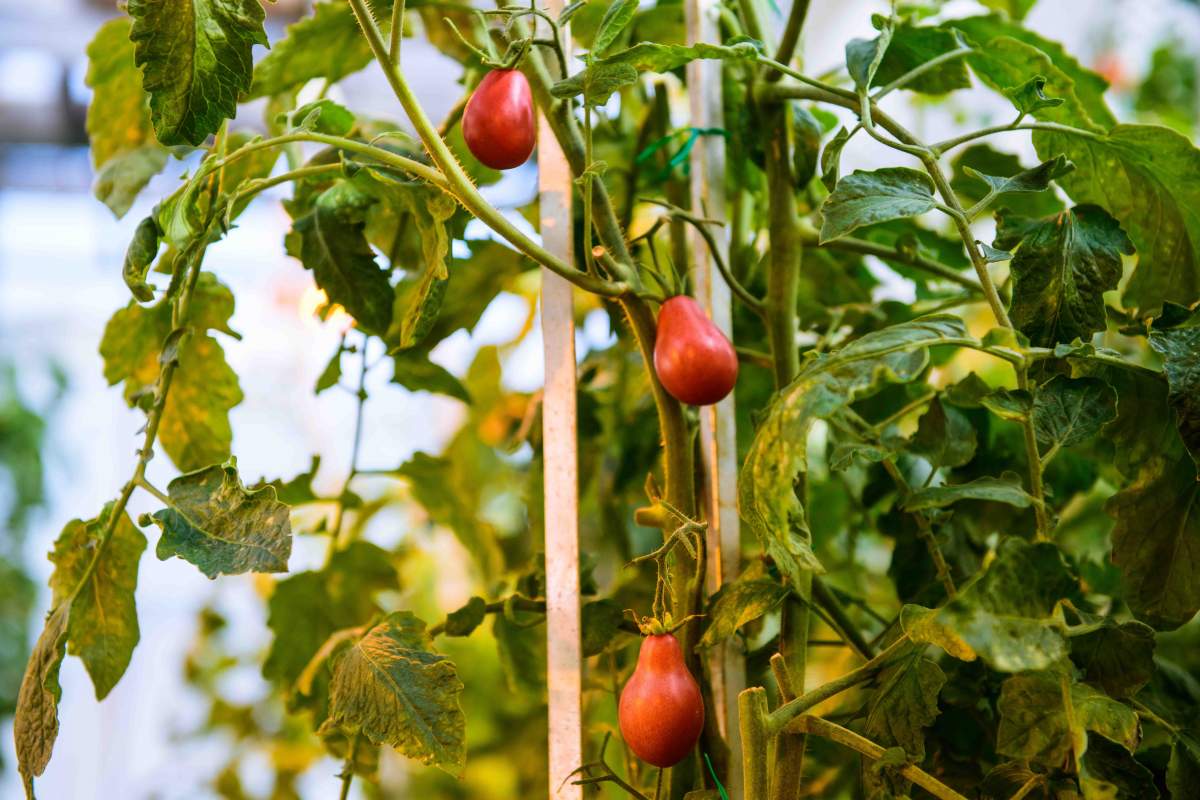 The engineered tomatoes that were grown by Dr. Kazachkova in the Weizmann Institute's greenhouses. “These were the most delicious bitter tomatoes I’d tasted in my life."

Ripe tomatoes have faced a challenge in the course of evolution: striking a balance between attractive appearance and resistance to fungi and other pathogens. On the one hand, staying bright, shiny and whole helps the plant to propagate because this appearance attracts animals and birds that eat the tomatoes and disperse their seeds in their excrement. On the other hand, when tomatoes are broken down by fungi at the end of their lives, it’s the ability to be broken down, rather than wholeness, that enables the plants to spread their seeds. Although it’s still unknown how evolution has solved this tomato dilemma – how exactly these two conflicting processes, that is, staying whole in order to be eaten vs. propagating by fungal disintegration – are reconciled within the tomato genome, the Weizmann researchers have discovered several crucial pieces of this puzzle.

Postdoctoral fellow Dr. Jędrzej Szymański in Aharoni’s lab, together with colleagues, managed to identify two new genes involved in the synthesis of glycoalkaloids, a class of substances that play a role in the ripening of tomatoes and the accompanying metabolic shift – the massive change in their metabolic content in the course of fruit maturation. In addition, the researchers searched for genes and metabolites that could increase resistance to Botrytis cinerea, one of the most common fungi attacking tomatoes.

After performing a genomic and metabolic analysis of the 600 tomato lines, they correlated this analysis with the spread of the fungus. For this purpose, they inserted the fungus into small incisions on tomatoes belonging to the 600 lines, examining more than 25,000 such infections in total. These studies enabled them to reveal a network of six metabolites responsible for the plant’s resistance to the fungus. One of these metabolites, vitamin B5, also known as pantothenic acid, even proved effective on its own in reducing the sensitivity to the fungus. Moreover, the scientists identified candidate genes associated with resistance to the fungus: When three of these genes were silenced, the tomatoes’ sensitivity to the infection increased.

This research may help develop new fungicides and advance selective breeding of more resistant varieties. It also showed that the activity of resistance genes goes down as the tomato ripens, suggesting that the plant possesses carefully orchestrated mechanisms to reconcile its conflicting needs.