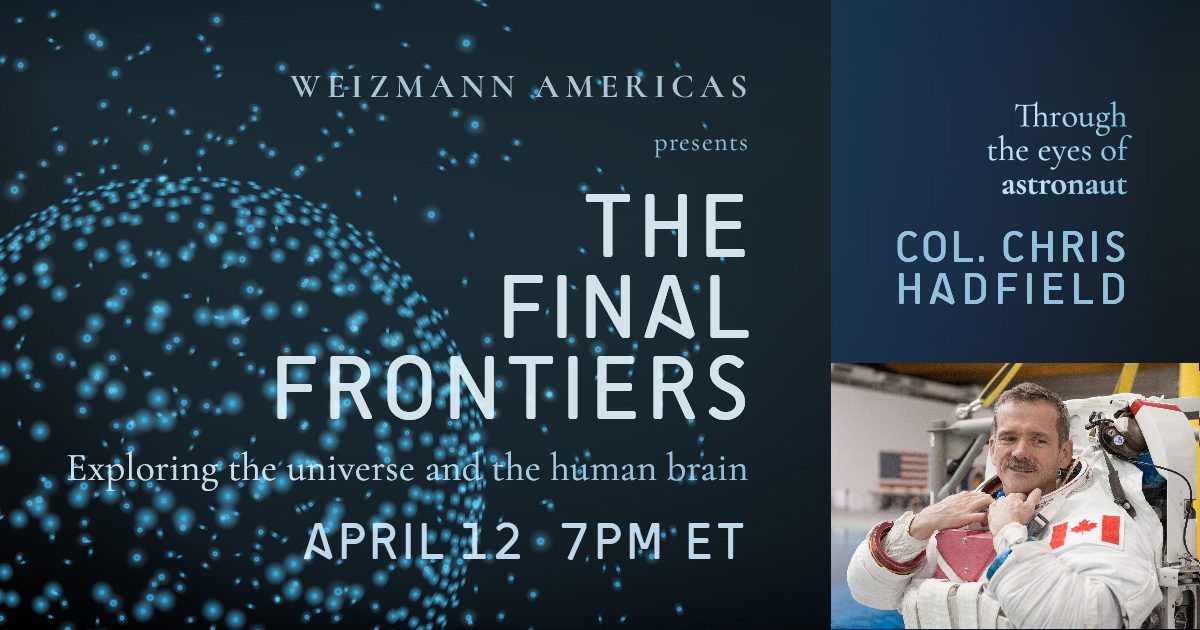 Reserve Your Spot
About this event

Weizmann Americas, including Weizmann Canada, will be hosting a one-of-a-kind pan-American signature event on April 12 at 7 p.m. ET with astronaut Col. Chris Hadfield.

Referred to as “the most famous astronaut since Neil Armstrong,” Col. Chris Hadfield gained global recognition by making space accessible to millions through social media updates from space, which included a video performance of David Bowie’s “Space Oddity.” Bowie himself called the video “possibly the most poignant version of the song ever created.”

Hadfield will be joined by Weizmann Institute scientists to discuss advancements within two of our flagship projects, namely, Frontiers of the Universe and The Institute for Brain and Neural Sciences.