If you take large polymer molecules, add them to a solution and cause them to flow ‒ for example, by tipping their container to create a velocity gradient ‒ something unusual will happen. The polymer molecules will stretch out as they move, and the solution, which may have seemed watery when at rest, will turn thick and gummy. This phenomenon, known as “viscoelasticity,” arises from the stress fields created by the stretching polymers.

“DNA, RNA and synthetic polymer molecules all behave the same,” says Prof. Victor Steinberg of the Weizmann Institute of Science. Twenty years ago, Steinberg and his group described a new kind of turbulence occurring in viscoelastic flow, and now, he and his group have provided proof of another new phenomenon associated with this turbulence: elastic waves.

Elastic turbulence, explains Steinberg, who is in the Physics of Complex Systems Department, is different from the turbulence of, say, a rushing river. The chaotic movement of river water is said to be coarse in space (on all scales); it is random in both space and time. A flow exhibiting elastic turbulence turns out to be a chaotic flow that is smooth in space, but random in time. 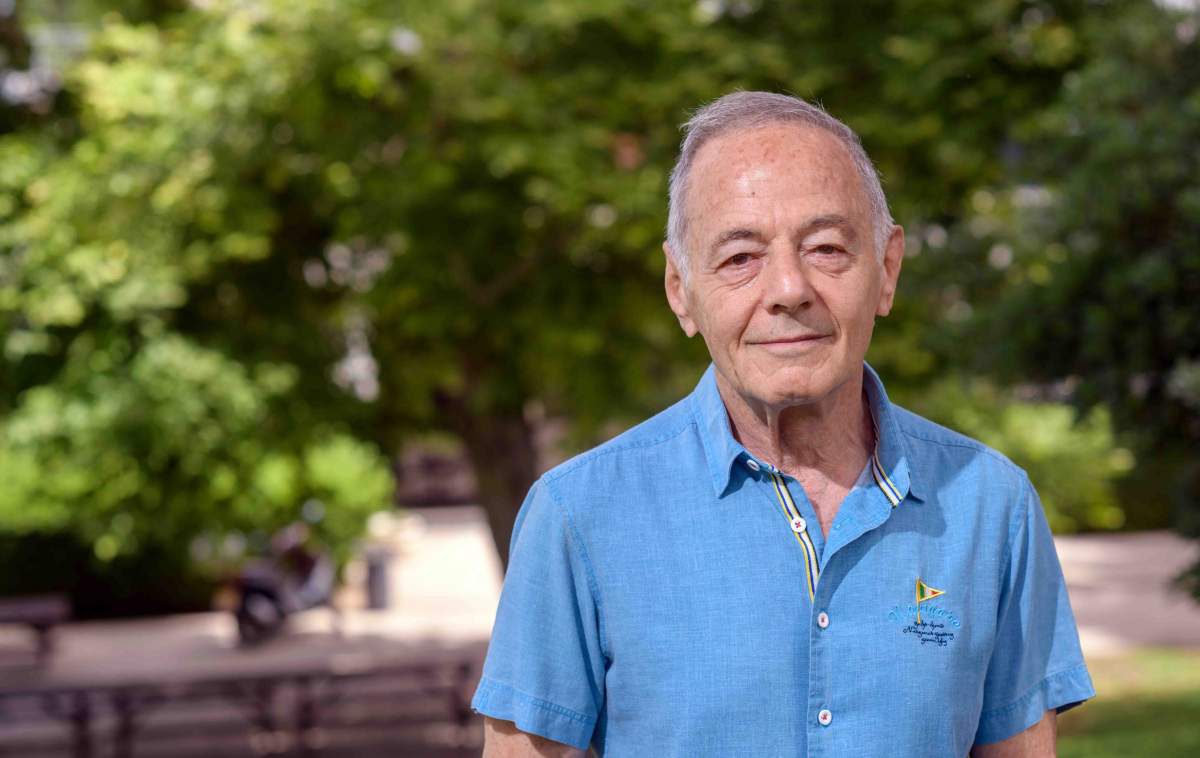 Theoretical physicists at Weizmann and at the Landau Institute for Theoretical Physics in Moscow, Russia, analyzed this phenomenon and, among other things, they pointed out that viscoelastic flow could give rise to waves. But they also predicted that no one would ever see these waves, as they would quickly dissipate in the elastic turbulence. And just as the turbulence arising in viscoelastic flows was shown to be unusual, the waves would also be different from the ones with which we’re familiar. Unlike sound waves or ocean waves, which depend on properties of the material for their own shapes and sizes, the waves in a viscoelastic fluid would depend solely on the stresses felt by the polymers as they stretched in the flow. The closest everyday analogy, says Steinberg, is the way a guitar string vibrates – creating a short-lived wave when it is pulled.

For the next 18 years, Steinberg and his group, among the other experiments in his lab, performed numerous experiments measuring stretching and the stresses of a single polymer molecule flowing in solution. As for elastic waves: “First we looked for the waves at too-high frequencies, in the range of sharp spectrum decay,” says Steinberg. Since elastic waves did not appear to arise in their experiments, and they assumed that – as the theoretical predictions stated – any waves that might have arisen in the elastic turbulence would have dissipated too quickly to be recorded.

Until this year: Steinberg and Dr. Atul Varshney, a postdoctoral researcher working with Steinberg, observed the waves in a wake between two widely-spaced obstacles placed so as to hinder a microchannel flow, and they analyzed that flow with techniques developed in the lab. “Now I know why we were not successful in our earlier attempts,” says Steinberg. “We found elastic waves in a different range of wavelengths than the one predicted by the theory. The theory considered the appearance of such waves with wavelengths (or frequencies) only in the range in which there is elastic turbulence and where the mode amplitudes decay very steeply and dissipation is strong. What we saw was larger wavelengths with smaller dissipation than the theory predicted.”

Here too, the stresses created by the stretching polymers was key. “But,” says Steinberg, “we needed the right geometry in our devices, and we needed to look for waves in a different range than the ones we had been trying to excite. Since the elastic wave speed is determined only by the elastic stress, this is the first known direct measurement of the elastic stress in elastic turbulence.” The larger the stretch in the polymers, the higher the wave speed; when the stretching abates, the speed drops close to zero. This threshold for the onset of the elastic waves was observed in the experiment.

The results of their study were recently published in Nature Communications. The researchers showed that, strangely enough, the closest waves to the ones they had observed were waves that appear in plasma when stress is applied through a magnetic field.

While the theorists now have some adjusting to do, Steinberg points out that the findings have relevance for a number of different fields. A small channel containing moving polymers in solution – like the one in their experimental setup – is in many ways a pared-down version of a biological cell; thus elastic turbulence can explain the flow properties of biological fluids in the cell. In addition, they could have implications for the field of microfluidics – a fast-growing area, especially in biotech. Here, turbulence could turn out to be useful, for example, when mixing two kinds of molecules together in a tiny device. Recently it was proved experimentally, for example, that elastic turbulence leads to a drastic intensification of a crude oil recovery, compared to the traditional chemical flooding.

How Do Your Electrons Flow? (Or, the case of the viscous vortices)

Another microfluidics setup in Steinberg’s lab was recently used to demonstrate a phenomenon that, on the face of it, has little to do with fluid flowing through a channel: an electric current moving through a two-dimensional material.

he material is graphene – a single layer of carbon atoms arranged in a chicken-wire-like mesh. The material, first unveiled by researchers in England in 2004, is a type of semiconductor; researchers have imagined using it to create everything from foldable electronics to smart paint. But basic research is still uncovering the ways that electrons move through this unique two-dimensional layer. And it is finding, among other things, that the current often does not resemble the “Ohmic” flow of electrons in a copper wire – unidirectional and uniform. It tends to behave more like the flow of a viscous liquid. Other research has shown that in some regions of the graphene layer, the electrons can turn around and travel in the opposite direction to the main flow – something like the vortices that can appear in the flow of a viscous fluid.

Vortex flows are hard to image for an electron “fluid”; recreating such flows in microfluidic channels with liquids of a viscosity akin to that displayed by the electrons in graphene is a way for experimenters to demonstrate how such types of flow form.

“The second viscosity enters the picture, so does the possibility that some of it will begin to swirl or rotate around an axis, rather moving than in a straight line”
—

Steinberg, Varshney and former research student Jonathan Mayzel found that, in the case of the viscous fluid vortices, the experimental data agreed well with the theories. A viscous fluid does not flow in the same way as a so-called “ideal fluid” – one with no viscosity at all. The flow of an ideal fluid is said to be “potential” — that is, it flows straight ahead, frictionless, and is not given to any kind of rotational flow. But the second viscosity enters the picture, so does the possibility that some of it will begin to swirl or rotate around an axis, rather moving than in a straight line.

But the similarity between the electronic and viscous classical fluid flows went even further: The Ohmic part of the electron flow met friction where it came up against the upper and lower walls. Analyzing the friction revealed a threshold for the onset of vortex motion – a threshold predicted by the theory that was verified in the experiment. The main finding of the research, which was also reported in Nature Communications, is thus the experimental verification of the prediction that the two-dimensional theoretical model captures the essential features of three-dimensional classical fluid flow.

Experimentation with the channel dimensions showed that the higher the channel, the less friction, or Ohmic flow, took part in the overall flow. This lowers the threshold for the generation of vortices – again, in agreement with the theory – suggesting that the results of the three-dimensional flow experiments are quite close to the solution of a two-dimensional flow.