Almost 20 years ago, Hollywood actor Dudley Moore died from complications of a degenerative brain illness called Progressive Supranuclear Palsy. Today, research to unlock the mysteries of such neurodegenerative diseases continues. One such Canadian project is with support from Weizmann Canada.

It is believed that tau — a protein important to cellular communications in the brain — may play a role in unlocking the mysteries of diseases like Progressive Supranuclear Palsy and Alzheimer’s. Abnormal deposits of tau are found in both diseases.

Selena Maxwell, a PhD candidate at Dalhousie University’s Department of Medical Neuroscience is exploring tau-related mechanisms of cognitive decline. Selena, is the recipient of the Dalhousie Medical Research Foundation (DMRF) Studentship in Medical Neuroscience, with funding from Weizmann Canada.

Her research has focused on three projects:

• exploring the role that tau plays in cognition in familial tauopathy (families with a history of the tau mutation),
• studying cognitive decline and how we can best maintain brain function as we age,
• and researching the prefrontal cortex in Alzheimer’s disease and Progressive Supranuclear Palsy.

As a rising star in neuroscience, Selena reflects on how important funding and philanthropy has been to her research. “Support for the study of neurodegenerative diseases is vital so that we can continue to learn about the causes of these conditions, develop better treatments and improve care for more than half a million Canadians, and 50 million people worldwide, who are affected by these conditions.”

“Philanthropy has sustained all of my students over the last 25 years. It has been fundamentally important.”
— Dr. Sultan Darvesh

Selena’s supervisor, Dr. Sultan Darvesh also extends his gratitude to Weizmann Canada for such support. “Philanthropy has sustained all of my students over the last 25 years. It has been fundamentally important.”

As Selena continues her research, she says she is really excited about having a better understanding of the aging process and the role that the tau protein plays in disease.

Selena wants to figure out how we can age in the best way possible, saying, “there must be some mechanism by which individuals maintain cognition and resist these proteins.”

With plans to continue this line of study after graduation, Selena expresses sincere gratitude for the support she has received. “I would like to thank Weizmann Canada for supporting student-level research in medical neuroscience.” 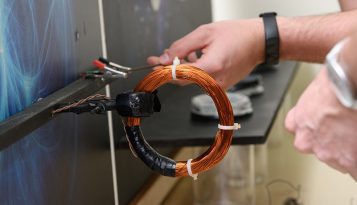 Science Stories, Student Stories
Champions of safe-cracking
Putting their textbook physics skills to a practical test, 19 teams from high schools around the world recently convened on the Weizmann Institute campus to...
Learn More 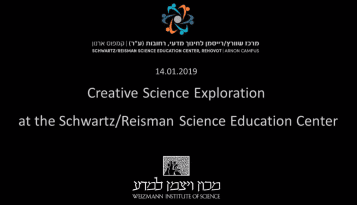 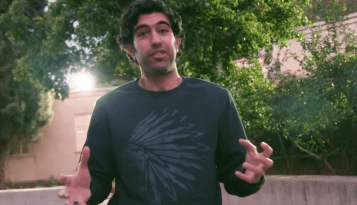 Student Stories
Igniting Sparks of Science
The Sparks of Science Program in Memory of Moshe Pergament offers talented Israeli-Ethiopian youth the guidance they need to pursue higher education in science and...
Learn More