When Dr. Schraga Schwartz used to tell people that he studied RNA modifications, most had no clue what he was talking about. Not any more: RNA is now a global buzzword, thanks to COVID-19 vaccines that are based on chemically modified RNA molecules. In the future, technologies relying on RNA modifications are expected to go far beyond vaccines, playing a vital role in the development of drugs for a variety of disorders. In a recent study, Schwartz and his team in the Molecular Genetics Department at the Weizmann Institute of Science discovered a key principle governing a naturally occurring type of RNA modification known as RNA editing. This discovery may one day be exploited for treating genetic diseases.

Schwartz’s goal was to look into natural editing of RNA molecules, in which some of their adenosine (A) building blocks are converted into inosine (I), which carries the genetic message of DNA’s building block guanosine (G). The study, led by research student Anna Uzonyi, uncovered a mechanism that expands our fundamental understanding of RNA modifications and that may be used to correct a common mutation found in genetic disorders: when an A appears in the sequence of DNA where there should be a G. Such disorders include cystic fibrosis, Fanconi anemia, thrombophilia and alpha-1 antitrypsin deficiency. 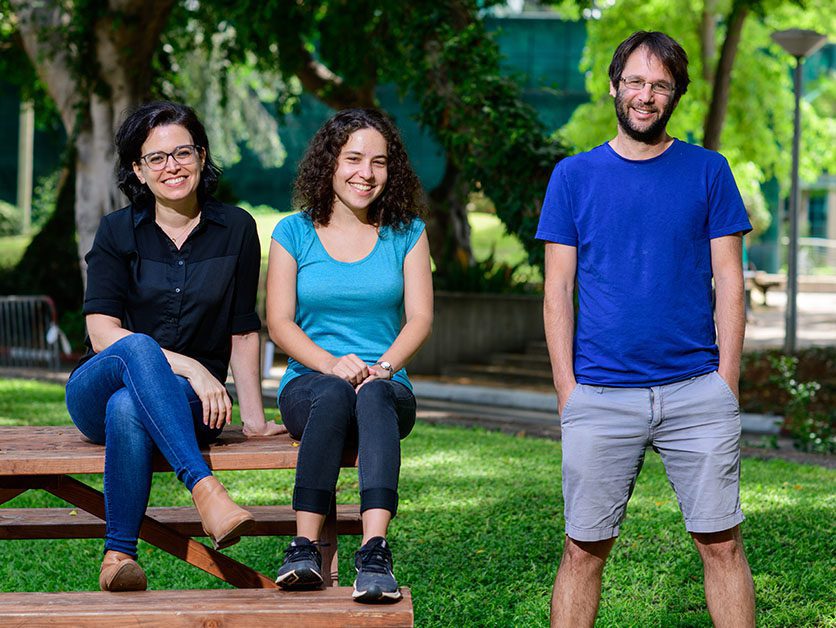 “Our findings may make it possible to correct the G-to-A mutation by means of an editing mechanism that is naturally present in cells, bypassing the need to introduce extraneous molecular machinery such as CRISPR,” Schwartz says.

RNA molecules are constructed like DNA – four bases arranged in different combinations – but unlike DNA, they have a limited life span and, for the most part, consist of a single strand, in contrast to DNA’s double helix. Certain portions of RNA molecules, however, do contain two strands, and these occasionally undergo modifications by an enzyme called ADAR, which changes some of their A bases into Is. These modifications are part of RNA’s regular maintenance, possibly intended to mark the cell’s own double-stranded RNAs as non-dangerous, differentiating them from those of viruses.

Schwartz wanted to clarify how ADAR selects its targets, since only a small fraction of As within double-stranded RNAs are edited. For this purpose, Uzonyi and colleagues synthesized some two thousand double-stranded RNA variants, each about 300 bases long, differing from one another by mutations resulting in subtle and systematic structural alterations. The scientists inserted the synthesized variants into human cells, waited a few hours for ADAR to do its job, then looked for changes created by this enzyme.

The study revealed a remarkable regularity: In each of the two thousand mutated RNAs, ADAR invariably replaced an A with a I at a spot that was 35 bases in front of the mutation that had altered the double stranded structure, and it produced the replacement symmetrically in both RNA strands. Moreover, the correction repeated itself at fixed intervals of 35 bases throughout the RNA molecule.

This regularity can be exploited for correcting the cell’s genome through RNA editing: It may be possible to enhance such editing by introducing a structural disruption 35 base pairs away from a G-to-A mutation that needs to be corrected. In fact, the scientists have already shown that this approach – that is, a disruption created 35 base pairs away from an adenosine they aimed to convert into guanosine – led to a threefold increase in the editing of the target site by existing RNA altering technologies.

“RNA editing has its advantages over therapies that directly affect the genome,” Uzonyi says. “Since RNA molecules are short-lived, any changes they introduce will be transient. Even if this means that the RNA editing will need to be repeated, it may be safer than creating permanent changes in the DNA.”

Dr. Schraga Schwartz is the incumbent of the Robert Edward and Roselyn Rich Manson Career Development Chair in Perpetuity.

Dr. Schwartz’s research is supported by the Ilse Katz Institute for Material Sciences and Magnetic Resonance Research; and the European Research Council.