Ketamine, a well-known anesthetic used in smaller doses as a party drug, was hailed as a “new hope for depression” in a Time magazine cover story in 2017. Two years later, the arrival of the first ketamine-based antidepressant – the nasal spray esketamine, made by Johnson & Johnson – was applauded as the most exciting development in the treatment of mood disorders in decades. Yet the U.S. Food and Drug Administration still limits the spray’s use. It is mainly given to depressed patients who have not been helped by other therapies – in part, because the new drug’s mechanism of action is insufficiently understood, leading to concerns over its safety.

Today, a study published in Neuron reveals new details about how ketamine works, paving the way toward the development of safe, effective treatments for depression. The research was conducted at the Weizmann Institute of Science in Rehovot, Israel, and at the Max Planck Institute of Psychiatry in Munich, Germany, in collaboration with the Helmholtz Zentrum, Munich. 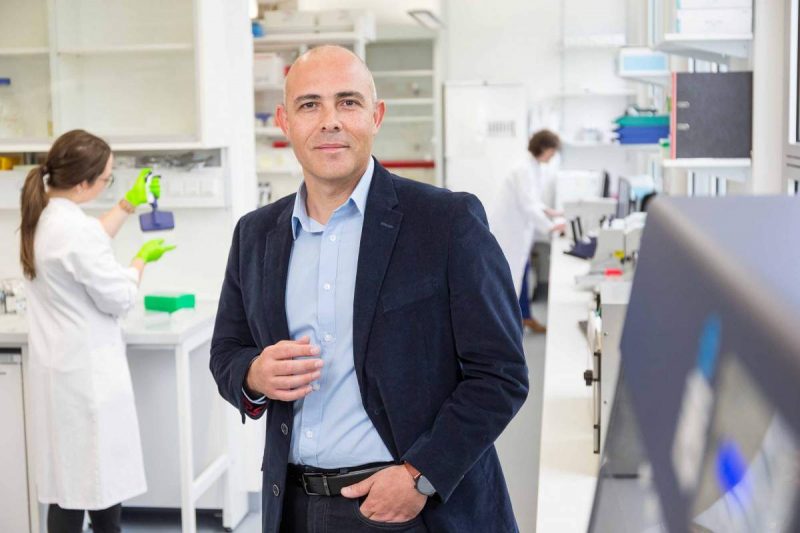 Even though depression is on the rise in developed countries, taking a heavy toll in terms of human suffering and economic loss, there have been no major breakthroughs in the treatment of depression since the 1987 approval of the most famous antidepressant of all time, Prozac. Meanwhile, existing drugs bring no relief to about a third of depressed patients. Even when the drugs do work, they take four to eight weeks to take effect, a delay that can prove fatal in suicidal cases. That’s precisely the reason for much of the excitement over ketamine-based therapies: They make people feel better within hours. Their antidepressant action then lasts for days after the drug itself has cleared from the body. Evidently, it’s the body’s response to ketamine, rather than ketamine itself, that produces the desired effect, but the nature of this response has until now been unclear.

When scientists tried to clarify ketamine’s mechanism of action in previous studies, they examined its impact on gene expression in brain tissues, but not in individual brain cells. This approach can miss crucial differences between different cell types. Recent technological advances, however, have made it possible to assess gene expression at an unprecedented level of resolution: that of the single cell. These technologies were employed in the new study, conducted under the guidance of Prof. Alon Chen, former managing director of the Max Planck Institute of Psychiatry and current president of the Weizmann Institute of Science.

In this study, researchers led by Dr. Juan Pablo Lopez mapped out gene expression in thousands of individual neurons in the brains of mice that had been given a dose of ketamine. These neurons belong to networks that convey their signals by means of the neurotransmitter glutamate. Ketamine had been known since the 1990s to produce its effects by acting on such neurons – this in contrast to older antidepressants, which mainly affect neurons influenced by serotonin. But since ketamine’s effect persists long after it leaves the body, its action could not be explained by mere blockage of glutamate receptors on the surfaces of neurons. “We wanted to clarify the molecular cascade that is triggered by ketamine, leading to its sustained antidepressant effects,” Lopez says. 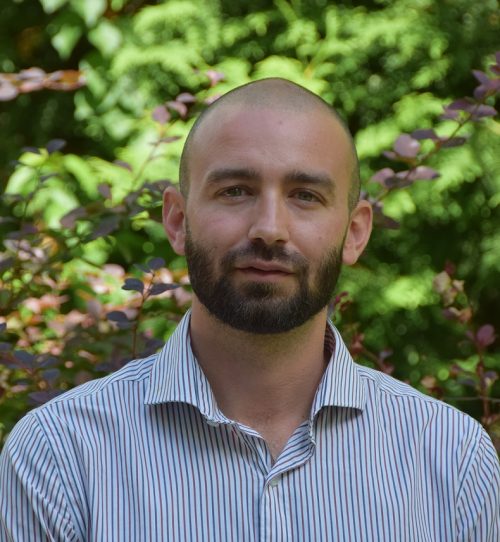 To this end, the scientists focused on the ventral hippocampus, a brain region that in previous studies had been associated with the antidepressant effects of ketamine. After mapping out gene expression in cells from this area of the mouse brain, the researchers identified a subpopulation of neurons with a characteristic genetic signature. Ketamine had increased these neurons’ expression of a gene called Kcnq2, which encodes a potassium channel – that is, a tunnel that opens up in the cell membrane, enabling the passage of potassium ions. Potassium channels play a central role in the life of neurons, maintaining their stability and preventing their excessive firing. In a series of elaborate experiments on the molecular and cellular levels, which included electrophysiological, pharmacological, behavioral and functional studies, the scientists confirmed their major finding: Ketamine exerts its lasting antidepressant effect by enhancing the Kcnq2 potassium channels in a certain subtype of glutamate-sensitive neurons.

“In the past, other researchers used whole tissue samples, which are composed of different cell types, so ketamine’s effects on specific cell types were averaged out,” Lopez explains.

The researchers then tested ketamine’s effects in combination with an epilepsy drug, retigabine, known to activate potassium channels in the brain. When the drugs were given together, ketamine’s antidepressant effects were significantly enhanced. “A single dose of retigabine was enough to amplify and prolong ketamine’s antidepressant action in mice,” Lopez says. “Not only that, ketamine produced the same benefits when given in smaller doses than usual, which may help reduce its unwanted side effects.” Since both drugs already have FDA approval, the way is open toward testing their combined action in humans. 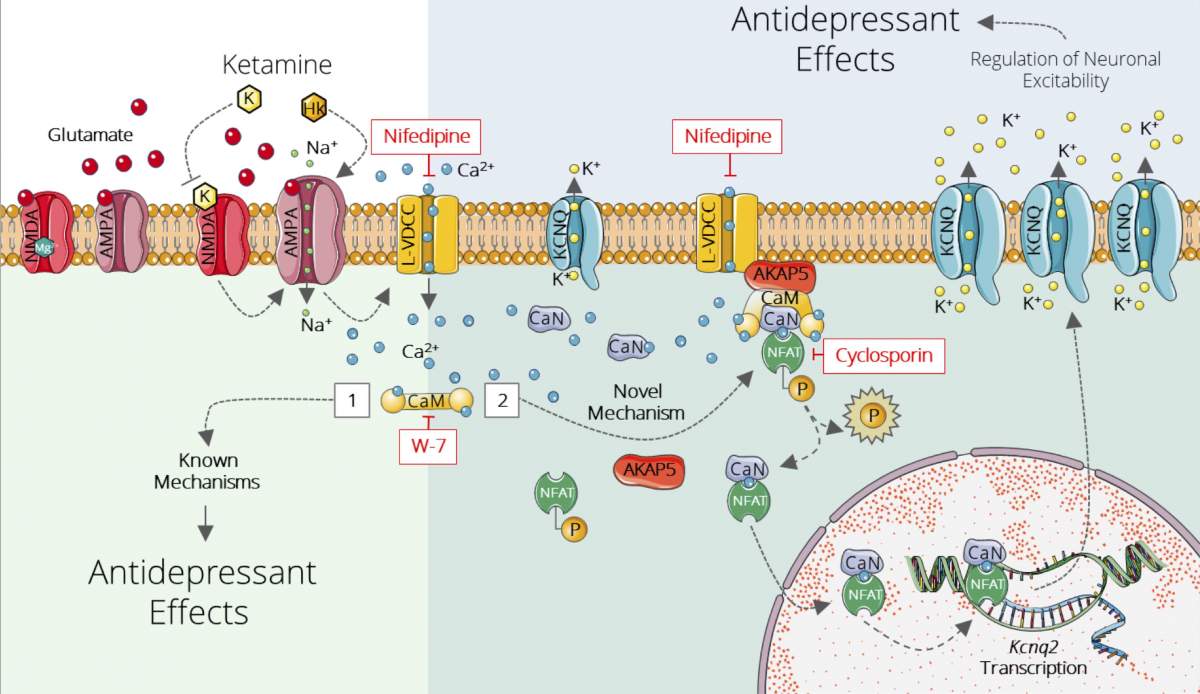 How ketamine works: A schematic representation of ketamine's newly discovered and previously known mechanisms of action. Ketamine molecules directly inhibit a receptor for the neurotransmitter glutamate (top left), generating a cascade of biochemical reactions that increases the expression of potassium channels (KCNQ) in neurons belonging to the glutamate network in the ventral hippocampus (right)

According to the World Health Organization, depression afflicts nearly 300 million people worldwide; more than 700,000 people commit suicide every year. Yet despite decades of research, much remains to be learned about the neuronal mechanisms underlying depression and the ways of manipulating those mechanisms with drugs.

By revealing a new mechanism of ketamine’s action, the study may make it possible to expand the use of ketamine-based drugs. This, in turn, might help these drugs fully deliver on their promise of providing new hope for depression.

“In-depth knowledge of how antidepressants work might lead to a better understanding of depression and help improve existing treatments,” Chen sums up.

Prof. Chen’s research is supported by the Ruhman Family Laboratory for Research in the Neurobiology of Stress and the Licht Family. He is the incumbent of the Vera and John Schwartz Professorial Chair in Neurobiology.