Putting their textbook physics skills to a practical test, 19 teams from high schools around the world recently convened on the Weizmann Institute campus to solve a repertoire of homemade riddles—crisscrossing cultures from the fantastical future to the primeval past.

These 90 students, participating in the Shalhevet Freier “Safe-Cracking” International Physics Tournament, dove head-to-head in a nail-biting competition to break open intricate lockboxes designed by their peers. Their goal was to build safes as secure as possible from burglary attempts, while using their knowledge of physics to get into those of rival teams. Far from a straightforward problem-solving task, the safe-cracking mission sent them into otherworldly dimensions—calling upon participants to free a convoy of rubber ducks from a glowing galactic dungeon, or open the tomb of a golden sphinx wedged into ancient Egyptian sands.

“We had to look beyond our syllabus,” said Ike Olomo, a student from Elton College in London, whose group was responsible for the Egyptian safe. “It was an opportunity to understand principles of physics we learned in the past and what we will learn in the future.”

The Safe-Cracking Tournament is the culmination of a long-term learning experience that stretches from each September to March, during which time students prepare safes at home—and often compete in local competitions—with the virtual assistance of Weizmann Institute doctoral candidates. As they become acquainted with the main ideas of experimental physics, the participants are able to internalize how these processes describe phenomena of nature that are relevant to their everyday lives.

This year’s 19 teams—narrowed down from an initial 146—came to Rehovot from nine countries and territories: Angola, Argentina, Canada, Hong Kong, Israel, Romania, Slovenia, the United Kingdom, and the United States. On the morning of April 10, the competition began with a judging session, during which the participants demonstrated their projects to faculty members from the Weizmann Institute and Davidson Institute. For many of the students, this was their first such unmediated encounter with research scientists.

“It’s a completely different experience,” said Olomo, the Elton College student. “It was an opportunity to meet some of the leading physicists in the world, who are going to one day maybe change it.”

After meeting with the judges, the teams then headed out to decrypt the safes built by their peers from around the world. Ultimately, they earned their scores from a combination of factors: evaluation by the judges, feedback from the doctoral student mentors, peer review, success in cracking safes, and resistance of their safes to burglary attempts.

While the competition was fierce—ending with Canadian, Slovenian, and Israeli groups in the top three spots—the teams appreciated the chance to express their imaginations in the company of students from across the globe.

Tungsten Tang, from the Hong Kong Academy of Gifted Education at Hong Kong Baptist University, said he was eager to be one of Hong Kong’s first representatives at the tournament in Israel—a country not among “the usual places” he and his peers might visit, such as Japan or East Asia.

“It’s also a very special competition in its nature—more creativity than writing an exam,” Tang said.

Luca Frenchi, whose London-based school, Dulwich College, has been participating for seven years, described his enthusiasm for “putting visions into reality” and engaging in a physics project on “a big scale.”

As the students cracked each other’s safes, their teachers also participated in a conference devoted to the study of physics through projects. The following day, the teams were able to display their safes at a public exhibition, which attracted students from schools all over the country.

“The international tournament is actually a summit meeting that brings together students from different countries, and within the context of the competition, enables young people to create a cultured and sportsman-like dialogue in English, around a common cause,” said Dr. Dorit Granot, director of the competition. “It is heartwarming to see the give-and-take relationship of these teenagers and the excitement that they all share.”

And the winners are…

First place in the Shalhevet Freier “Safe-Cracking” International Physics Tournament went to Canada’s Anne & Max Tanenbaum Community Hebrew Academy of Toronto (TanenbaumCHAT). Their safe was a replica of Thor’s Hammer—the famed implement associated with the Norse god of thunder, popularized today through the Marvel Comics character “Thor” for its magical prowess. The TanenbaumCHAT team tasked participants with lifting the hammer from a base—to which the tool was secured via an electromagnetic lock with 600 pounds of force. To crack this safe, the teams needed to twist open the hammer handle and then solve two puzzles: the first involving pressure changes in a 3D-printed airfoil according to Bernoulli’s principle, and the second requiring the use of a flame to demagnetize a needle. The loss of magnetization then prompted a wheel to shift downward with gravity, revealing a photoresistor at which the burglars needed to direct a laser pointer—disabling the electromagnetic lock and separating the hammer from the base.

Second place in the competition went to Šolski center Škofja Loka—one of two teams from Slovenia—who also received the title of “top safe-breakers” in the tournament. Their safe, called “Cruise 11,” also involved two tasks. The first task demanded that participants use a bottle with a hole in it to first create low pressure in a vessel of water and then create high pressure in a second water vessel. These steps enabled them to manipulate the water level in the two vessels and divert a connected laser’s reflection to two different sensors. In the second task, burglars needed to combine magnets with a rotating steel rod, generating sufficient torque for the magnets to climb up the rod and eventually activate another sensor and reveal a key to the safe.

Third place went to a local team, Rehovot’s own De Shalit High School, who were the winners of last month’s Israeli safe-cracking competition and were the highest peer-rated group in the international tournament. Based on an analogy between water and electric current, their “H2O Aqua Machine” likewise involved two missions—the first based on the difference between series and parallel circuits, and the second utilizing the principles of electrostatics. On the edge of a long flowerpot filled with water, the burglars needed to correctly connect water-analogous resistors in parallel to increase current and open several faucets. By then rubbing a paper towel on a closed front panel, they were able to generate electrostatic charge and deviate the stream of water—ultimately opening a safe door.

The Safe-Cracking Tournament is supported by the Windsong Trust and other generous donors around the world. 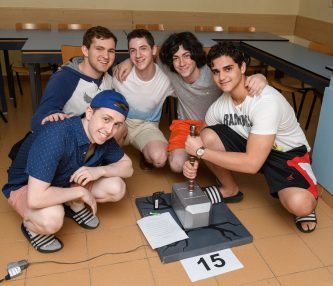 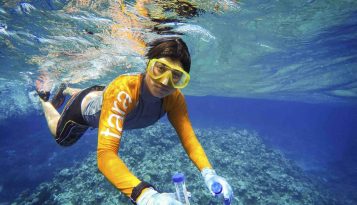 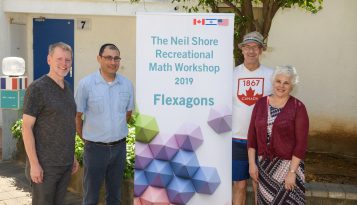