Brain of a rat implanted with glioblastoma cells. When viewed with MRI using the CEST method (right), brain tissue that has lost its integrity as a result of glioblastoma (light turquoise) is clearly distinguishable from healthy tissue (blue); this difference is not picked up by regular MRI (left)

Many of the biological compounds in the brain and body are present in such low concentrations, they cannot be “seen” by magnetic resonance imaging, MRI. Researchers at the Weizmann Institute of Science, working in collaboration with scientists from the National High Magnetic Field Laboratory in Florida, USA, have shown that some of these compounds can still be visualized indirectly with MRI – by assessing their interactions with the surrounding water. When applied using strong magnetic fields, this approach might provide unprecedented insights into aspects of brain metabolism, for example, how brain cells consume glucose; it may also lead to improved diagnostic imaging of the brain as well as of other organs.

Regular MRI enables the imaging of living tissues by positioning them inside a static magnetic field and measuring the oscillation frequencies of the tissues’ atoms ‒ usually those of hydrogen. One method that has been proposed for increasing the sensitivity of MRI so that it can detect low-concentration chemical compounds called metabolites is known as chemical exchange saturation transfer (CEST). CEST relies on monitoring so-called labile hydrogens ‒ that is, atoms capable of breaking their bonds with their original molecules (in this case, with a given metabolite) – and reestablishing these bonds with surrounding water molecules. Such exchanges take place continuously at rates up to thousands of times per second. Since water, the most abundant constituent of our bodies, is much more plentiful than the metabolites, monitoring the new bonds accumulating in the water as a result of these exchanges can potentially lead to highly amplified magnetic resonance “signatures” of the labile hydrogens – and consequently, of the metabolites. As a result, CEST can generate much stronger signals of scarce metabolites than those picked up by direct observation.

Still, CEST has proved to be of limited effectiveness when tried in MRI systems operating at 3 Tesla, the most common magnetic field strength in hospitals and clinics.  In a study reported recently in NMR in Biomedicine and featured on the journal’s cover, the researchers showed that this promising method works considerably better when applied in stronger magnetic fields.

“CEST can generate much stronger signals of scarce metabolites than those picked up by direct observation.”

To explore the advantages of using such fields, Prof. Lucio Frydman and postdoctoral fellow Dr. Tangi Roussel of Weizmann’s Chemical and Biological Physics Department teamed up with Prof. Samuel Grant and Dr. Jens Rosenberg of the National High Magnetic Field Laboratory in Tallahassee, Florida, which houses the strongest animal MRI magnet in the world, operating at 21 Tesla. Using this magnet, which presently can be applied only for research on animals, the scientists discovered that an increase in the strength of the magnetic field magnified the CEST signatures in approximate proportion to the square of this increase. For example, if the strength of the field was doubled, the signature was quadrupled.

The researchers showed that in rats, the method was effective in visualizing the metabolic changes produced by brain cancer, helping to detect cells of a glioblastoma tumor. CEST made it possible to detect not only the changes in the brain tumor cells themselves, but also the disruptions in tissue integrity that were caused by the cancer. Glioblastoma doesn’t immediately destroy brain tissue, but it alters its consistency, causing it early on to become more “watery” than normal. Such changes were visualized only weakly with regular MRI, but they became clearly visible with the help of CEST.

As stronger magnets become available for use in humans, it might in the future be possible to apply CEST to help diagnose glioblastomas in human patients. The Weizmann scientists also plan to use the two strong magnets recently installed at the Institute – the 7 Tesla one for humans and the 15.2 Tesla one for animals – for the study of other cancers, particularly for detecting them in the early stages of the disease, when tumor cells are not yet picked up by regular MRI. Ultra-high-field CEST may also be applied to the detection and diagnosis of other diseases, among them those characterized by neuronal degeneration. 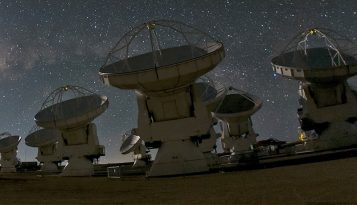 News From The Institute, Science Stories
Eyes on the Sky
Learn More 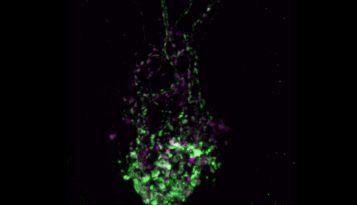 Science Stories
Loaded with Love – and Other Signals
Learn More 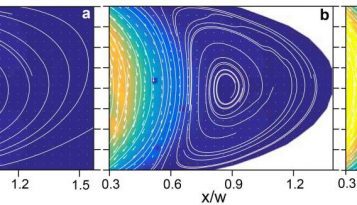