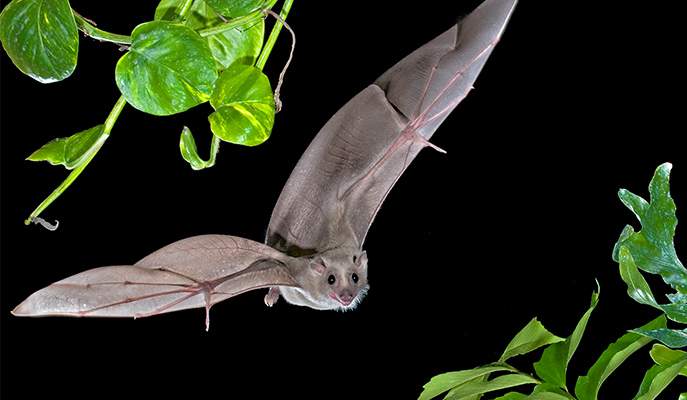 Bats have excellent navigation skills, even without the waves known as theta oscillations

Since they were discovered in the 1920s, periodic oscillations in the brain’s electrical activity have been thought to be essential for encoding the experience of physical space, among other things. But new research by a group in the Weizmann Institute of Science, which was recently reported in Cell, has shown that in bat brains, encoding the physical space around them takes place without these periodic oscillations in their nerve cell activity. The group are in the lab of Prof. Nachum Ulanovsky in the Neurobiology Department, who says the findings suggest that human and primate brains may encode space in a similar way. Ulanovsky: “This is the first time, as far as we know, that this type of mechanism has been observed in any part of the brain.” The findings of this research were published this past Friday in Cell.

The wavy, rhythmic patterns of electric activity were first identified with the invention, nearly 100 years ago, of the electroencephalograph (EEG). Thus began many decades of intensive research into these oscillations, which − among the roles they are thought to play in the brain’s function − are thought to help synchronize activity among neurons in different parts of the brain. These patterns include the theta oscillations – those with a frequency of 6-10 Hertz. Theta oscillations have been measured in rats and mice in an area of the brain called the hippocampus, which − among other things − houses the place cells that are responsible for spatial memory and navigation. But when members of Ulanovsky’s “bat lab” had, in previous research, measured the brain activity of these flying mammals, they found that the animals somehow navigated without theta oscillations. 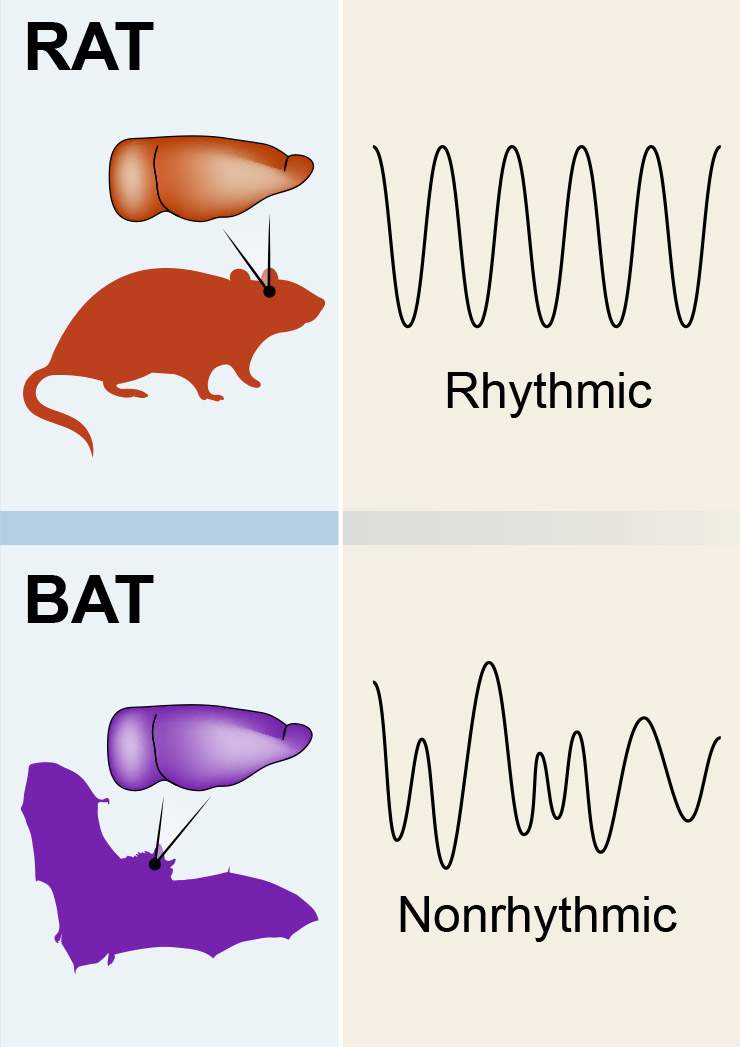 In contrast with measured fluctuations in rat brains, those of bat brains are non-periodic

Ulanovsky: “This finding stirred quite a lot of controversy. There were a number of esteemed scientists who refused to accept these findings.”

Synchronized, but flying to a different beat

In the present study, led by research student Tamir Eliav, the scientists sought to probe deeper into the absence of theta oscillations in the bats. Using standard methods of recording the electrical activity of neurons in rodents, and broadening their search to other frequencies, they were still unable to discern any periodic pattern of oscillation in the hippocampus.

Clearly bats are excellent navigators, so how do the neurons in their brains encode spatial memory and navigation without the oscillations believed to be essential for spatial encoding? Eliav and other members of Ulanovsky’s lab showed that even without theta oscillations, the mechanism for spatial encoding is alive and well. There are several parts to the encoding mechanism in mouse and rat neurons, explains Ulanovsky: In addition to theta oscillations, there are “phase locking” and “phase coding.” In phase locking, the neurons in the hippocampus are synchronized with the theta oscillations such that they all fire around a certain point in the oscillation. Phase coding changes the timing of this firing: When the animal nears a point that is encoded in a particular place cell – one of the neurons in the hippocampus – the firing pattern spikes faster and faster, and this causes this neuron to fire at earlier points relative to the theta oscillations.

The researchers discovered that in bat brains, nearly half of the neurons in the hippocampus are locked on, synchronously, to the electrical fluctuations of the brain. The difference is that these fluctuations, in contrast with the theta oscillations, are not periodic. The researchers also noted that these non-periodic fluctuations were, nonetheless, tied to the place cells that encode particular points in space: These neurons fired earlier and earlier in relation to the fluctuations as the bats approached that particular point. That is, as in rats and mice, the timing of neuronal activity is crucial to coding the bat’s position in space.  In other words, two of the three parts of the mechanism coordinating activity between neurons is conserved – those for synchrony and coding. But the electric oscillations that connect these are very different. 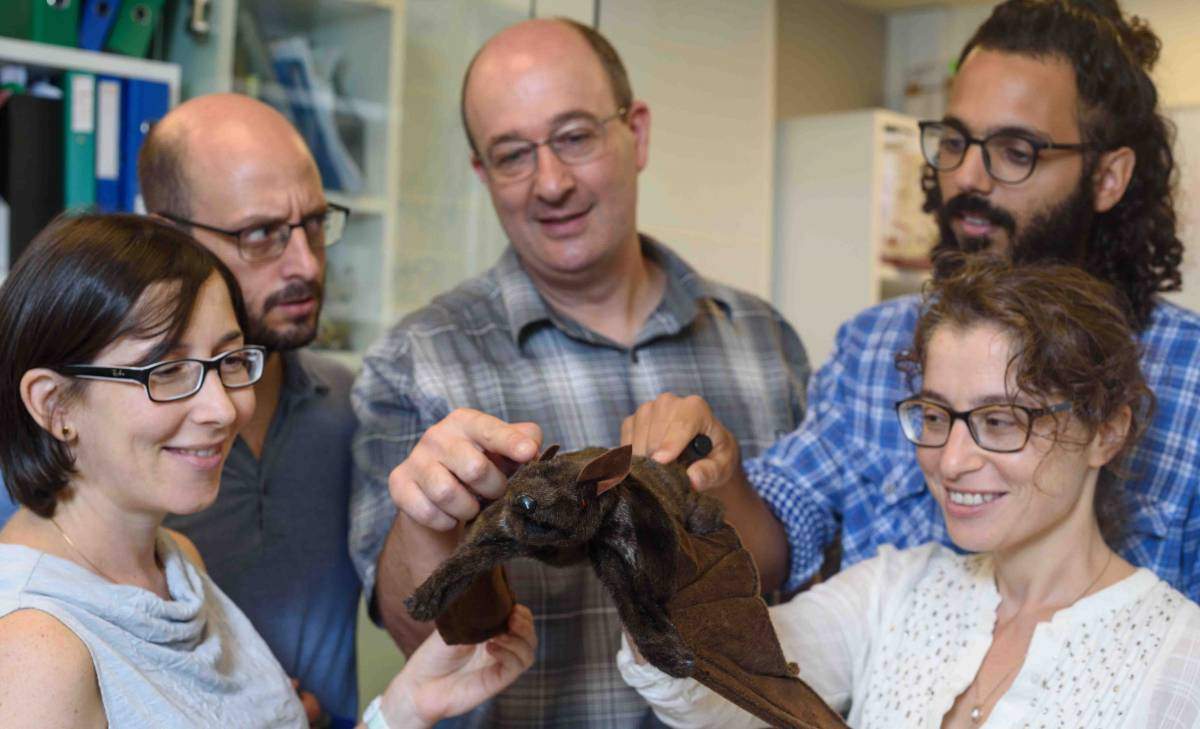 Eliav: “In humans and primates, the measured electrical activity tends to be closer to that of bats than to that of rats. So we think that this new mechanism is probably characteristic of human brains.”

Ulanovsky: “Since the 1970s, some 90% of this type of research on model animals has focused on mice and rats. And the mechanism – theta oscillations, synchrony and phase-coding – was thought to be a total, unbreakable package. But it is a mistake to think that everything that is found in these animals is applicable to all mammals. Using bats has enabled us to compare and contrast, and ultimately to understand, how things like spatial memory have evolved – which parts are conserved and which ones are changed.” 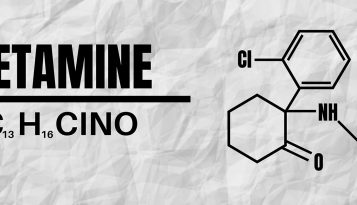