Immunotherapies for cancer rely on recruiting the patient’s immune system, but they still fall far short of tapping into the entire arsenal of the body’s natural defenses. In fact, most such therapies draw on one type of immune defense: the ability of T cells to battle the tumor. A new study at the Weizmann Institute of Science, published in Cell, paves the way toward an immunotherapy that will exploit a different, previously unused immune system weapon: naturally produced antibodies.

Antibodies are proteins manufactured by another set of immune cells, the B lymphocytes, to neutralize specific threats. “We’ve now shown that the immune systems of cancer patients can produce antibodies against tumors,” says Prof. Ziv Shulman of Weizmann’s Immunology Department, who headed the research team together with Prof. Irit Sagi of the institute’s Biological Regulation Department. “These natural antibodies appear to have an unrealized therapeutic potential,” Sagi says. “More research is needed in order apply them in future therapies or as diagnosis reagents.” 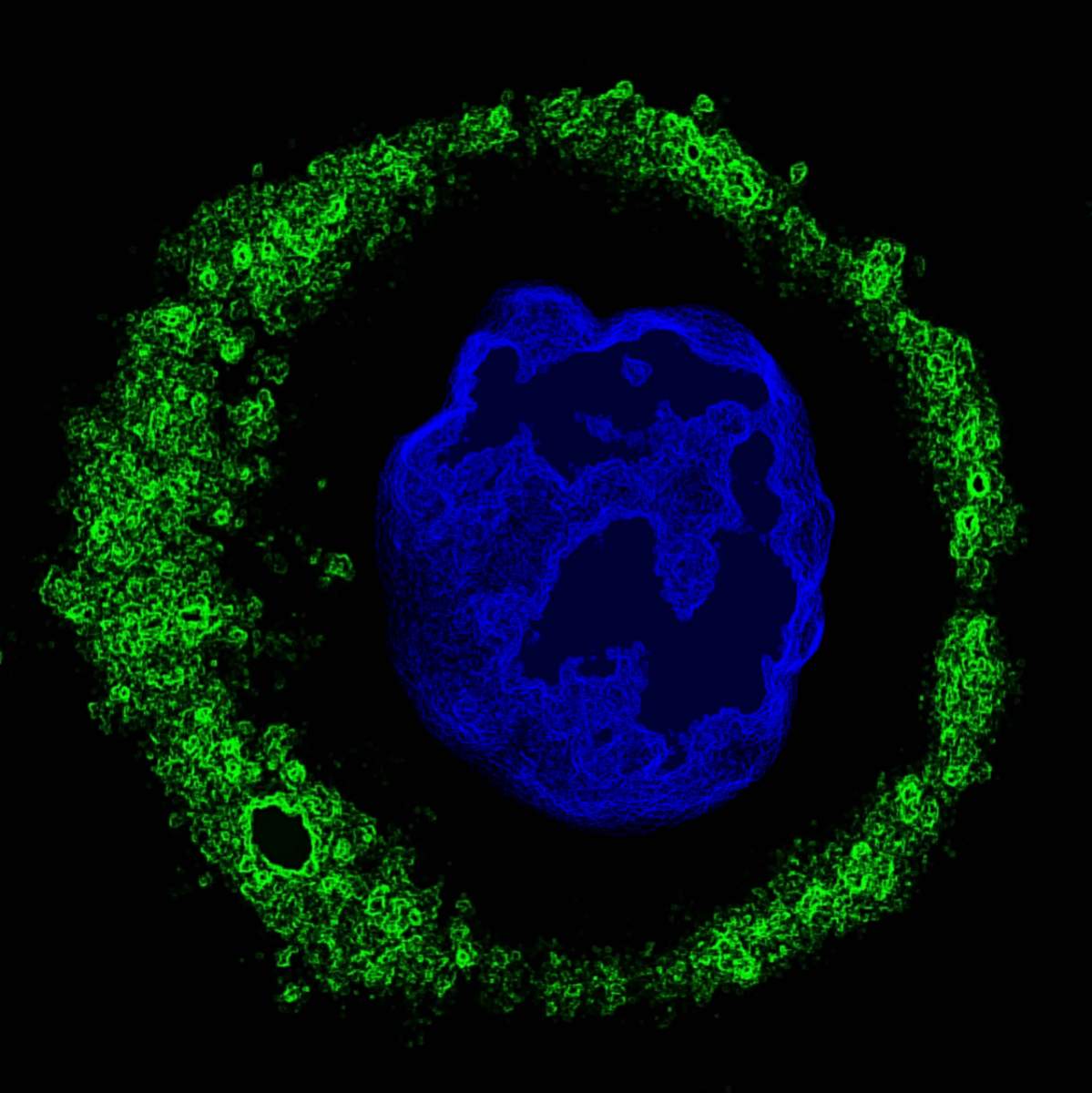 In the past few years, naturally occurring antibodies have commonly been found in cancerous tumors, but their purpose was unknown; they might very well have been generated by the body, without any connection to the cancer. Indirect evidence, however, had suggested that they do provide some sort of antitumor benefit: Patients who survive longer than others and are more responsive to anticancer drugs were found to have higher concentrations of the antibody-producing B cells in their tumors. Still, there was no way of determining whether these cells, and the antibodies they make, contribute to improved survival, and if so, how they accomplish that feat.

An opportunity to explore this question came about when Dr. Roei D. Mazor, a physician, came to Weizmann to conduct PhD research in Shulman’s lab, which specializes in the properties and function of B cells. To examine antibody targets in cancer, Mazor and Shulman joined forces with Sagi, whose lab has expertise in creating cellular models of invasive cancers, as well as in studying antibody mechanisms in vivo. Mazor brought samples of cancerous ovarian tumors to Shulman’s and Sagi’s labs. The samples, which had been surgically removed from several dozen women, were provided by Prof. Ram Eitan of the Rabin Medical Center.

Next followed nearly six years of research, in the course of which Mazor and other scientists from Weizmann and elsewhere proved that natural antibodies in cancerous tissue mount a targeted attack on the tumor, binding to its molecules in a precise fit. The researchers then sequenced genomes of intratumor B cells and identified different gene segments encoding antibodies that bind to the tumor.

Perhaps most important, they managed to identify – out of the thousands of proteins in cancer cells – a molecule that is targeted by the newly identified antibodies: an enzyme called MMP14 (MT1-MMP), a membrane-bound protease. In the healthy body, this scissor-like enzyme plays important roles in remodeling tissues – for example, during regeneration or wound healing. In cancer it operates in the tumor’s microenvironment and gets out of control, cutting through the matrix around the cancer cells and thus helping them invade the surrounding tissue and spread to other organs, causing metastasis. The researchers found that the ovarian tumors in their study contained abnormally high levels of the MMP14 enzyme.

In attacking this enzyme, some of the antibodies had undergone an evolution of sorts: They had accumulated mutations that improved their fit to the tumor, and specifically, to this enzyme. “We didn’t expect to see such evolution around cancer,” Shulman says. “These alterations are normally known to occur in infectious diseases, in which antibodies gradually gain mutations that help them better eliminate the pathogen. But cancer is part of the patient’s own tissue, or what’s known as ‘self’ in the context of the immune system.” 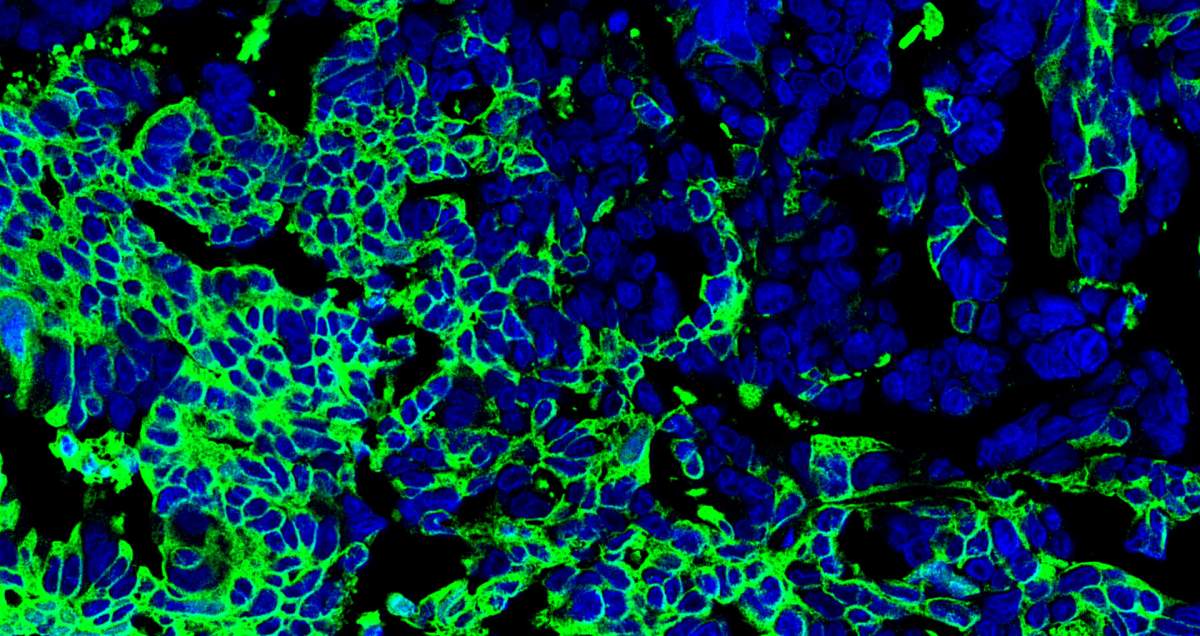 The very fact that the antibodies are directed at one of the body’s own enzymes is surprising. The immune system’s attacks on a person’s own tissue are generally harmful, resulting in autoimmune diseases. Yet in the case of cancer, the process is obviously beneficial. No less puzzling is why this beneficial process fails to kill the tumor.

Sagi suggests that one potential reason may be the immune system’s exhaustion. Whereas fighting an infection may take a week, cancer develops over months, or even years, finding ways to avoid the patient’s immunity. “After trying to fight the cancer over such a long time, the immune system may be too exhausted to supply a full set of weapons needed for effectively killing the tumor – for example, the natural killer cells that are needed for this purpose in addition to the antibodies,” Sagi says. Adds Shulman: “Antibodies mount an attack on the tumor cells in the patients, but the cells that can eradicate the tumor are missing.” Indeed, the researchers found that very few natural killer cells were present in the tissue samples obtained from patients with ovarian tumors. But when they added such cells and antitumor antibodies together to tissue cultures, the killer cells excelled at destroying the tumors.

These findings open up a new approach to developing cancer immunotherapies – one that will make use of natural antitumor antibodies. Until now, antibodies used to treat cancer were synthesized on demand against known targets, not naturally created by the patient’s system. For example, in immunotherapies that enlist the patient’s T cells for destroying the tumor, synthetic antibodies sometimes guide the cells to malignant tissue. The new approach may help discover previously unknown targets on tumor cells to which the immunotherapy can be more effectively directed. Natural antibodies may also be developed into drugs that can be used as a stand-alone, or in combination with other therapies, and they may prove helpful in early detection or diagnosis of cancer. Although the study focused on ovarian cancer patients, the researchers showed that their findings are relevant to other types of cancer as well.

Prof. Irit Sagi’s research is supported by the Azrieli Foundation and the Rose Family Fund for Crohn’s and Colitis Research. Prof. Sagi is the incumbent of the Maurizio Pontecorvo Professorial Chair.