Our brain has On and Off switches for all its activities, and maintaining a balance between the two is crucial for our health and well-being. For instance: Epileptic seizures occur when the On signals run amok in the cortex, while people with Parkinson’s disease have difficulty using their muscles because of an excess of Off signals in the brain’s motor regions. In memory circuits, an overzealous On can force irrelevant memories upon us, as in posttraumatic stress disorder, whereas an overly active Off can prevent us from remembering anything at all.

In a new study reported in the Proceedings of the National Academy of Sciences (PNAS), researchers at the Weizmann Institute of Science, in collaboration with scientists from the University of Tübingen, have revealed how the brain keeps the On-Off balance steady. They discovered that this balance is programmed into the basic mechanisms through which individual neurons connect with one another.

Clarifying the relationship between On and Off – or, in scientific terms, between excitation and inhibition – is key to learning how the brain’s computational networks operate, as well as how to correct a skewed On-Off balance. In fact, certain drugs that affect this balance have been around for decades – for example, Valium and other antianxiety medications work by enhancing inhibition. Until now, however, there was no way of studying the On-Off balance in detail, because it could only be altered by medications, rather than experimentally constructing networks with varying On-Off ratios. The new study provides tools for manipulating the excitatory and inhibitory constituents of the network in quantitative terms from the outset.  This opens up opportunities for exploring the interplay between the two opposing components with unprecedented precision.

Mouse neurons – excitatory (left) and inhibitory – viewed under a microscope

In a laboratory dish, Sukenik managed to culture two types of neurons – excitatory and inhibitory – from a mouse brain, keeping them alive for weeks. This provided ample time for the neurons to create a network of connections, transmitting signals to one another. This is something neurons in a dish tend to do even in the absence of external stimuli, similarly to neurons in our brain, which engage in background activity even when we sit back with our eyes closed. (It is unknown what functions this background firing performs, but according to some studies, it serves to convey information from one brain region to another – for example, as part of consolidating learning experiences and memories.)

In both the dish and the brain, network activity occurs in coordinated bursts involving many neurons. It is initiated by the excitatory cells, which in the mammalian brain make up about 80 percent of all neurons, and is eventually stopped by the inhibitory ones, which account, more or less, for the remaining 20 percent. The scientists wanted to know what happens to the burst rate when the On-Off ratio changes. Sukenik worked with genetically modified mice, in which the inhibitory neurons produce a red fluorescent marker, and she used this label to separate the inhibitory and excitatory neurons, making it possible to recombine them in any ratio before placing them in culture.

The researchers gradually increased the proportion of inhibitory neurons in the dish in a stepwise manner from 0 to 100 percent. After analyzing the activity of the neurons and comparing it to results of computational models, they were in for a major surprise. 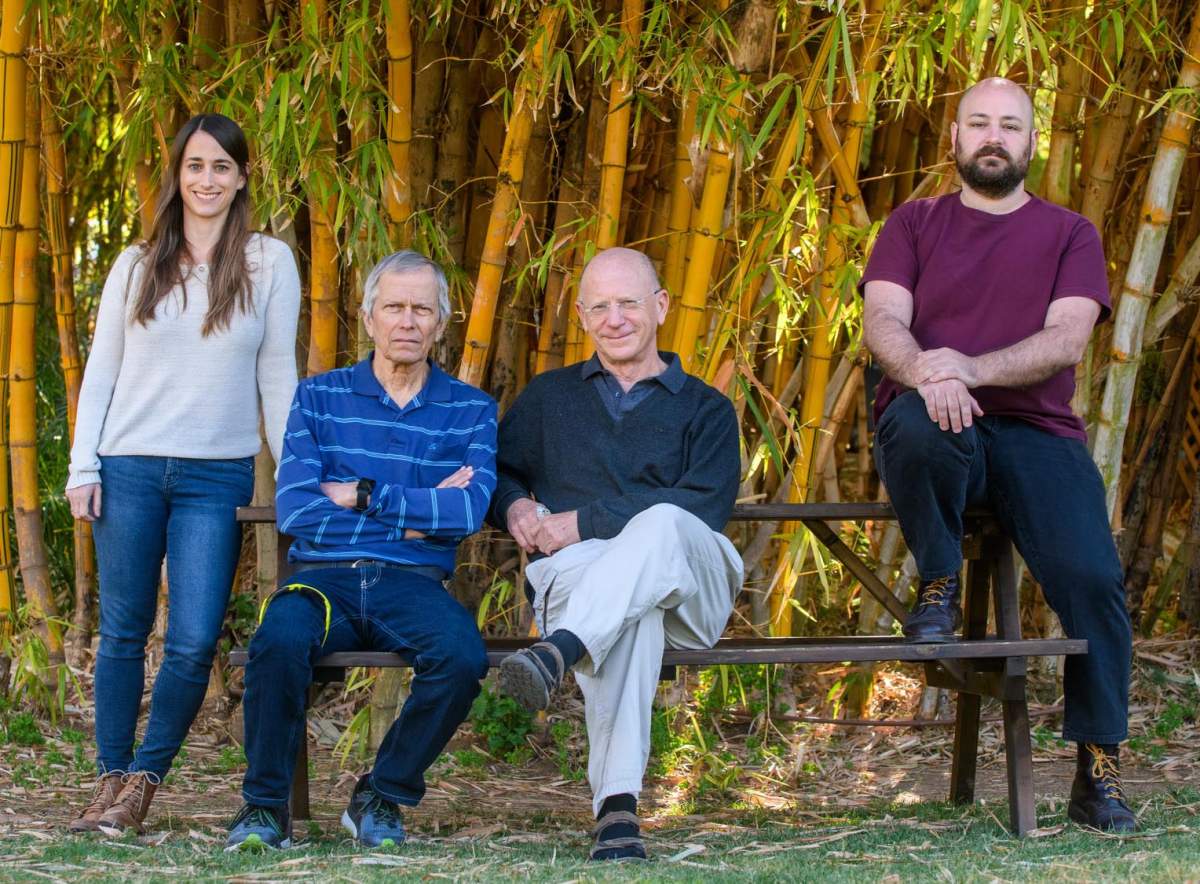 “Any circuit builder knows that control is best maintained by feedback that relies on both positive (On) and negative (Off) inputs, so we expected to see dramatic changes in network activity when we substantially altered the ratio between the excitatory and inhibitory cells,” says Moses. “Instead, we saw nothing of the sort.”

The experiment, coupled with the model, revealed that the neurons displayed the same firing rate when inhibitory ones made up anywhere between 10 and 90 percent of all cells. Only when the proportion of inhibitory neurons dropped below 10 percent or exceeded 90 percent, did the activity change.

In subsequent experiments focusing on individual cells, Segal revealed that the neurons in the dish compensated for the changes in the On-Off ratio by reducing or increasing the number of connections between them. Thus, when the percentage of inhibitory neurons increased, the number of connections dropped, so that the balance between the On and Off signals remained constant.

Since we know that connections between neurons in the living brain are constantly in flux, the scientists suggest that by adapting the number of these connections accordingly, the brain can make up for disruptions in the On-Off ratio. This adaptation can allow it to keep functioning properly even when some of the excitatory or inhibitory neurons are damaged or stray from their usual intensity.

Segal points out that human brains don’t have to be diseased to experience an excitation-inhibition imbalance. For example, the On or the Off can be substantially affected by external stimuli such as anesthesia, stress or drinking alcohol or coffee in large amounts.

“Maintaining a stable balance between excitation and inhibition is so essential that it makes sense for the brain to have powerful adaptation mechanisms for keeping this balance in check,” Segal says.

Prof. Elisha Moses is supported by the Maurice and Ilse Katz Professorial Chair; the Clore Center for Biological Physics; and the Estate of Emile Mimran.

Prof. Menachem Segal’s research is supported by the Clore Center for Biological Physics.